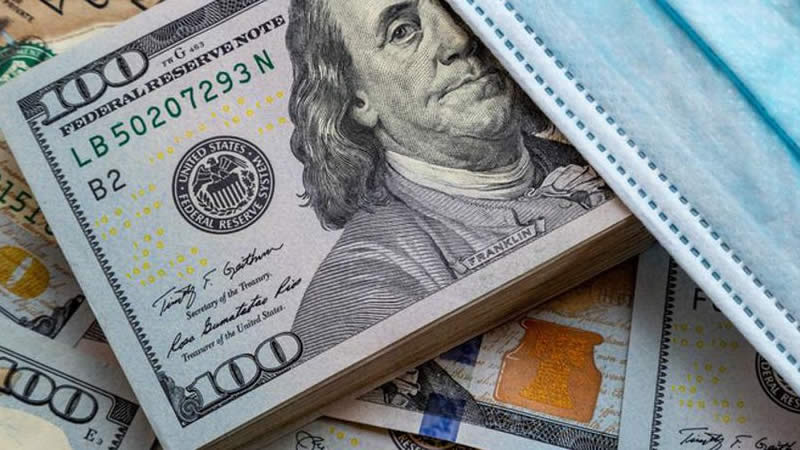 As the House and the Senate begin to debate President Joe Biden’s newest stimulus measures – the American Families Plan and the American Jobs Plan – on Capitol Hill, the IRS has been continually sending checks since March, under the auspices of Biden’s March 2020 “American Rescue Plan.”

As the House and the Senate begin to debate President Joe Biden’s newest stimulus measures – the American Families Plan and the American Jobs Plan – on Capitol Hill, the IRS has been continually sending checks since March, under the auspices of Biden’s March 2020 “American Rescue Plan.”

The tax agency reported on Wednesday that approximately one million additional stimulus payments had been sent out that day, including roughly half a million “plus-up” payments. “Plus-up” payments are checks that are supplementary to the regular stimulus, and are made in response to American families qualifying for additional benefits with their 2020 tax returns that they would not have qualified for based on their 2019 tax returns.

The March stimulus bill represented the largest payment to Americans since the onset of the COVID-19 pandemic in March 2020. Per the plan, all Americans making under $75,000 per year, or married couples making $150,000 per year total, receive a full $1400 check – or a $2800 check, if they file their taxes jointly.

As incomes go up, the checks decrease in value; by the time individual income hits $80,000 per year, or household income increases to $160,000, the checks stop coming. For each dependent, however, parents are given an additional $1400.

This means that the average middle-class family with two children will receive a $5600 stimulus check – in addition to the Child Tax Credit, which under Biden has increased to $3600 per year for children under the age of six and $3000 per year for children from ages six to seventeen. One of Biden’s major legislative proposals is an extension of this tax credit to the year 2025, with some Democrats advocating to take the measure a step further and make it permanent.

The 960,000 payments that were sent out on Wednesday are included in the ninth batch of checks that have been mailed since the onset of the American Rescue Plan on March 11. Over half of this batch consisted of checks for Americans for whom the IRS did not previously have essential information, such as an address. The remaining 460,000 checks are “plus-up” payments, altogether worth over $800 million. Roughly half of the payments were made via direct deposit; the remaining half were sent out as paper checks.

In total, roughly 165 million payments have gone out since March, with a cash value of more than $380 billion. The IRS has based payments on 2020 tax returns, and have strongly pushed Americans to file their taxes for 2020 if they wish to receive a stimulus payment or other beneficial tax credits.

Johnny Depp reveals shocking details about how he lost $650 million

Prince Harry: I want to Break Cycle of Pain for my Children

9 Tips for Planning a Switzerland Vacation on a Budget

5 Tips for Creating a Household Budget that Works