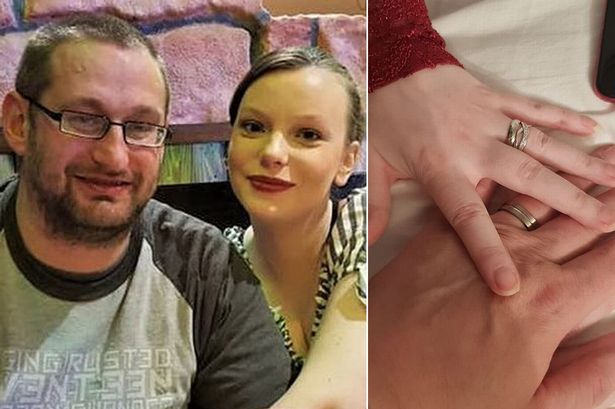 A woman who was set an example of supreme sacrifice. Her greatest wish was to marry her fiancé before she died, has passed away two days after saying ‘I do’.

28 years old Jade married to Lee Parker on 31-12-2020, last day of 2020.  Mrs Parker had been told in mid-December that cancer she has been living with had advanced and she was facing a terminal diagnosis, reports Belfast Live.

According to MIrrior “Jade started suffering headaches and her doctor said she had polyps or small growths in her nasal passage”.

Lee said: “On December 31, 2020, Jade and I made the choice to bring our wedding forward…she knew in herself that her time was getting shorter.

“We got married at home surrounded by close friends and family in a very intimate ceremony.

“Later that even [sic] Jade fell asleep and sadly never reawakened. Jade passed away peacefully at home early on January 2, with myself and [her dad] Billy holding her hands.

“Our hearts are broken but at peace knowing Jade is no longer suffering.

“Our family wud [sic] like to thank everyone for ur support during this horrific time.”

She was prescribed antibiotics and returned to her busy life as mum to Ben aged six, and James two, and stepmum to Lee’s eldest son Kai, 13.

An appointment with the ENT unit at Craigavon Hospital was made and subsequently cancelled as the Covid-19 pandemic hit.

But after an emergency visit to A&E, Jade was diagnosed with cancer.

Family and friends have been invited to pay their respects as the cortege leaves Milne’s Funeral Home, 59 Seagoe Rd on Friday, January 8 at 3 pm.

This Rare Symptom Could Mean You Have a Severe COVID Case