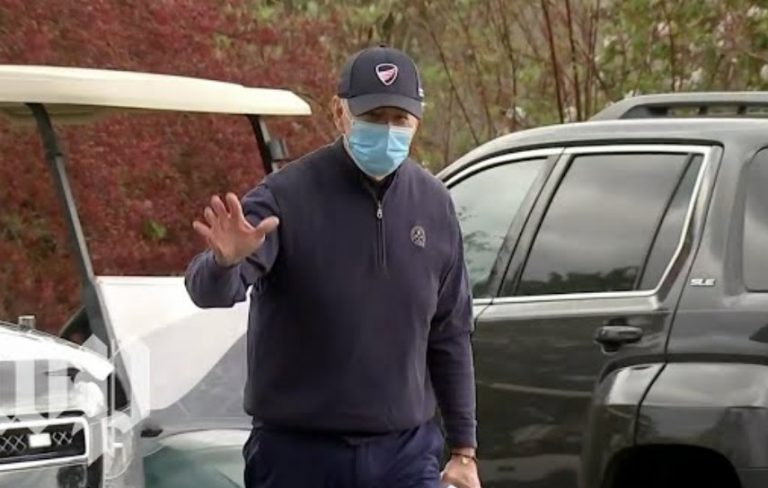 Biden has finally swallowed his pride and admitted that there’s a crisis at the border right now.

After coming back from the golf course Biden was asked by a reporter about the refugee caps that were placed at 15,000.

It looks like Biden answers a lot differently when he’s not around his handlers.

The New York Post covered Biden’s comments on the crisis at the border:

President Biden is finally calling the chaos at the southern border what it is — a crisis.

The startling rhetorical turnabout came Saturday in an off-the-cuff conversation with reporters in Wilmington, Del., as Biden tried to defend his Friday flip-flop on refugee admissions.

“We’re going to increase the number [of refugees allowed into the country],” Biden said as he headed home after playing the first golf game of his presidency. “The problem was that the refugee part was working on the crisis that ended up on the border with young people.”

“We couldn’t do two things at once,” he added. “But now we are going to increase the number.”

In his somewhat garbled comment, Biden seemed to be saying that the strain of handling the influx of migrant children has overtaxed the nation’s immigration authorities — making it impossible for them to handle an increase in authorized refugees as well.

The Gateway Pundit got the scoop too:

Joe Biden described the situation at the border a “crisis” Saturday, after months of his administration adamantly refusing to use that word to describe the overwhelming numbers of migrant children and families that have poured over the border in response to Biden’s abrupt reversal of many of President Trump’s border and immigration polices.

Biden briefly spoke to reporters after playing a round of golf at the Wilmington Country Club in Delaware. Biden came under heavy criticism from progressives on Friday after the administration announced it would be leaving in place President Trump’s refugee cap of 15,000. It was later announced the cap would be revised upward in May.

Just a month ago Biden’s Press Secretary was asked if there was a crisis at the border and she completely dodged the question take a look: