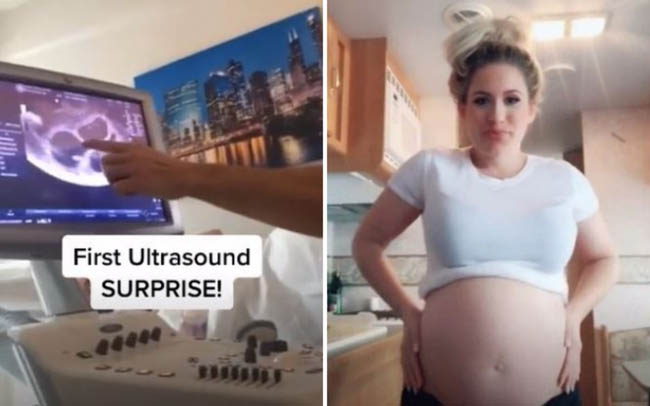 In an unusual incident, a woman who was already pregnant with twins conceived her third baby after a few days. The news was confirmed to them officially after an ultrasound was done.

In a report published in The Daily Mail, it has been mentioned that the first two babies of the mother are older by 10 and 11 days respectively. Scientifically, such a situation is called superfetation.

In such a condition, what happens is another egg is fertilised and is implanted in the womb after a couple of days or weeks. The mother-to-be has shared her experiences in multiple TikTok videos. She revealed that the doctors are regularly doing ultrasounds every week to ensure that all is well.

In a separate video, she has explained how she and her fiancé conceived their babies without taking any kind of drugs for fertility. Furthermore, she also revealed that even though she has become pregnant twice, all her babies will have the same birthday.

Describing her situation in the now-viral videos, she explained how she happened to hyper ovulate and ovulate twice in a month, making her conceive a child even when she was already pregnant. “Although it is two separate pregnancies, they will be referred to as triplets because they’re going to be all born on the same day,” she explained.

Throwing light on how she and her fiancé plan to raise their children, she mentioned that all three of them will be raised as triplets. However, she and her partner intend to reveal the entire story to them. They have plans to tell the unique and special circumstances under which the three of them were born. The parents-to-be are excited to welcome their triplets in their very first pregnancy. She also states in a video that she once told her fiancé that they have hit a jackpot.

Currently, she is 17 weeks pregnant and is due in mid-spring. Giving an insight into her condition, the woman mentioned that she aims to carry all her babies to at least the 28th week.

According to the report, though her first and second pregnancies have different due dates, they will all be born together because they were conceived in a short span of time. The couple does not know the gender of any of the three babies till now. They have also confirmed that they will not be planning any more children after they have their three children.