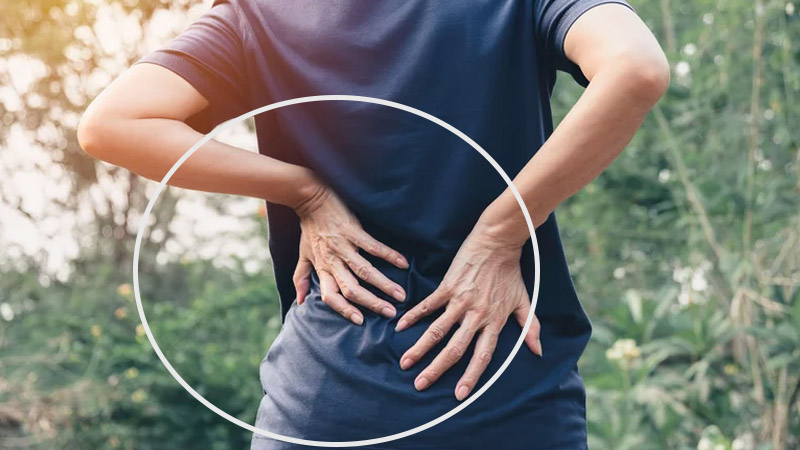 Sciatica occurs when something compresses the sciatic nerve, such as a herniated disk (via the American Academy of Orthopaedic Surgeons). You’ll feel sciatica as an electric or sharp pain in the leg, or you could feel tingling down the leg. In the past, doctors used to advise bed rest for sciatica, but now doctors suggest movement to alleviate sciatic pain (via Healthline). According to Spine Universe, walking is a good exercise for sciatica because it increases blood flow through the body and keeps the nerve healthy.

However, some people might experience sciatic pain while walking. According to Spine-Health, this often comes from the poor walking technique. Check how your foot lands — do you land first on your toes? Instead, take shorter strides and land your foot somewhere between your heel and midfoot.

That way, you can use the toes to help push off for the next step. Boca Raton Spine Center also suggests looking at your overall posture while walking. Having too much of an arch in your lower back — or walking with the back too flat — can aggravate sciatic pain. Instead, aim for a neutral spine and walk tall by keeping your ears in the same line as your shoulders.

Spine-Health also said that a weak core can cause more pressure on the sciatic nerve. To engage your core while walking, imagine pulling the belly in, but don’t overdo it. If you’re already experiencing pain while walking, walk a little bit at a time and take several stretch breaks, according to Spine Universe.

Rather than a single walk per day, Healthline suggests breaking it up into several short walks throughout the day. Be sure the terrain is flat, and keep the walking pace slow. You should also wear shoes that support walking.

Spine Health suggests stretching your hamstrings and hip muscles every day to help with sciatic pain. If you’re into yoga, avoid extreme forward bends, according to David Wu, M.D., an interventional pain management specialist. Instead, bend your knees during your forward folds, and don’t bend as deeply. Strengthen your core through isometric exercises such as planks since crunches might aggravate sciatica.

Spine Universe says that if you continue to feel pain while walking, try cycling or aqua walking since those exercises aren’t weight-bearing. Anti-inflammatories and orthotics in your shoes can also help ease sciatic pain while walking. If your sciatic pain is a 7 or higher on a scale of 10, it might be best to rest (via Healthline).

Here’s When You’re Most Infectious With Covid-19, With And Without Symptoms

The First Surrogacy Meetings – What Should You Ask Your Intended Parents?

Health Care Issues and you…!