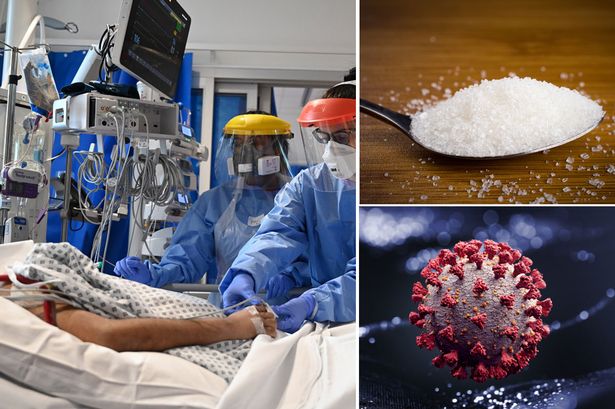 The total amount of coronavirus infecting people around the world would fit in just one teaspoon, it has been claimed.

TV mathematician Matt Parker says the microscopic size of Covid-19 means that its total volume is a minuscule 8ml, or 0.2 fluid ounces.

A teaspoon holds 6ml of liquid which means the killer virus would fit in little more than a one.

Mr Parker said he made several assumptions to come up with the figure but even at the upper end of his estimates, all the Covid-19 virus on the planet would fit inside a shot glass.

To date there have been more than 54million coronavirus cases across the world with 1.3million deaths.

Mr Parker revealed his calculation on his podcast A Problem Squared.

He said: “All the chaos in the world… is down to a teaspoon’s worth of trouble.

“A virus particle is very small, it’s just the code to wreck other cells.”

He estimated the number of cells in each virus sufferer based on the viral load measured from swabs and research published in medical journal The Lancet.

He then used a figure of 300,000 new cases per day worldwide and assumed each one was infected for 14 days before he calculated the number of people currently carrying the virus.

Using the figure of 300,000 new cases per day worldwide and assuming each one was infected for 14 days, he calculated the number of people currently carrying the virus.

Multiplying everything, Mr Parker estimates there are 3.3 million billion Covid-19 cells in the human population.

So given their size – comparable to the wavelength of light – they collectively take up very little space.

The Best Superfoods to Eat After a Summer Workout