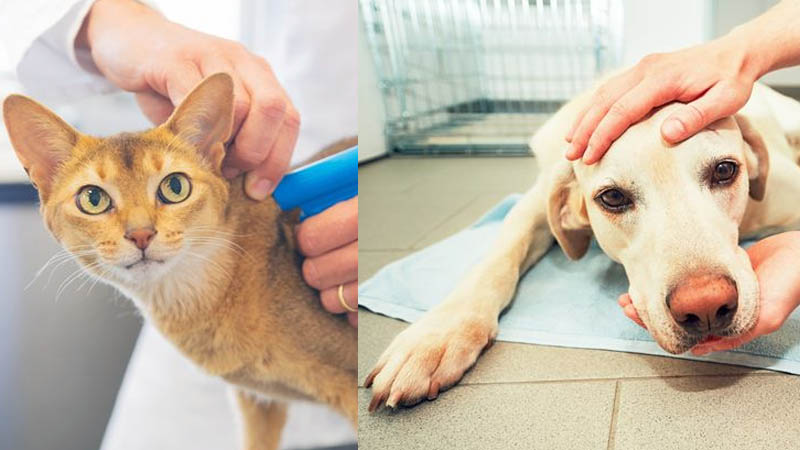 Coronavirus tests will be carried out on cats and dogs if they show symptoms in South Korea.

The pets will be tested for Covid-19 if they come into contact with someone who has the virus.

The move comes as experts in the UK warned pets should be vaccinated.

Last week it was reported in an editorial for the journal Virulence that continued evolution of the virus in animals followed by transmission to humans “poses a significant long-term risk to public health”.

“It is not unthinkable that vaccination of some domesticated animal species might… be necessary to curb the spread of the infection,” researchers said.

If a pet tests positive for coronavirus its owner must also self-isolate, according to the new regulations in South Korea.

The first case of a cat coronavirus infection in the UK was last July, reports The Mirror.

According to the World Health Organisation, while the disease is mostly spread between humans, there are cases of transmission between people and animals.

Several animals that have been in contact with infected humans, such as minks, dogs, domestic cats, lions and tigers, have tested positive for SARS-CoV-2, the virus that causes Covid-19.

Despite only having suffered 1,420 Covid-related deaths since the pandemic began in March – compared to more than 100,000 in the UK – there were another 355 confirmed cases in South Korea yesterday, with six new deaths.

The South Korean government confirmed it is continuing to assess the possible “transmission between humans and animals” and said the matter “will be closely monitored and transparently disclosed”, urging pet owners not to worry at this stage.

The country’s approach to animals during the pandemic appears to be somewhat more light-touch than that of its neighbour North Korea, after the authoritarian state reportedly ordered all pet dogs to be rounded up in August, last year.

Although not explicitly referencing coronavirus, leader Kim Jong-un demanded all pet dogs in the capital Pyongyang were to be be confiscated because they represent Western “decadence”.

Many people with heart disease know the risks, yet still don’t stop smoking

Researchers say this is the ‘breakthrough’ cure for COVID-19 patients