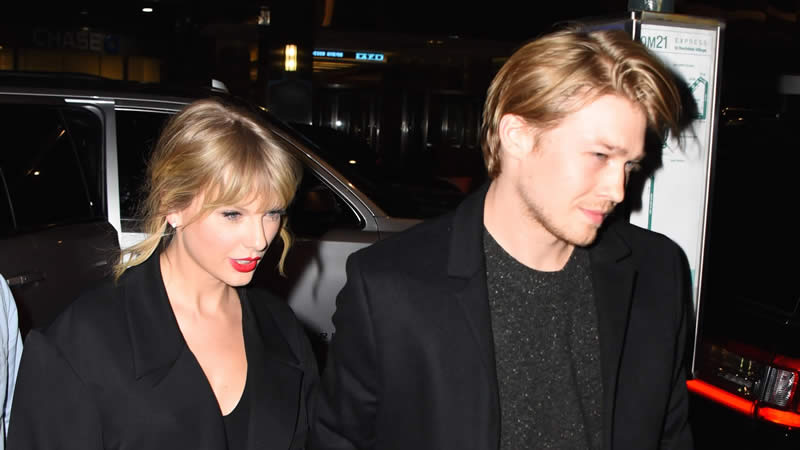 Singer Taylor Swift and actor Joe Alwyn have reportedly taken their relationship to the next level.

The couple got engaged after being together for five years, sources told Life & Style Thursday. Their engagement rumors started circulating last month when the 32-year-old singer and her boyfriend traveled to Cornwall, in his native England, for a romantic three-day trip.

The Grammy winner has written many songs that were supposedly about Alwyn, but the two have mostly been silent about their relationship since it started in 2016, reported New York Daily News.

Earlier this month, while promoting his new “Conversations With Friends,” in which Alwyn’s character is in an open relationship, he said that people can do whatever they want that “makes them happy.” As for him, he is “obviously happy in a monogamous relationship.”

‘You Belong with Me’ singer also spoke about him early last year when one of her two 2020 albums, “Folklore,” won the Grammy for album of the year. Swift said in her acceptance speech that Alwyn, who is the “first person that I play every single song that I write, and I had the best time writing songs with you in quarantine.”

A source recently told Entertainment Tonight that Swift and the actor “are very happy in their relationship,” even though they like to “keep their private life private.” The source shared that the two have been enjoying their time as a couple, and they have “spoken about their future together and feel very secure about their relationship.”

Both celebrities lead busy lives because of their successful careers, but it’s not a problem for them. The source said that they’re supportive of “each other’s careers and of each other in general.” The insider added that they have been busy with work and they “completely understand how to balance hectic schedules and still make time for each other.” The source thinks it’s “part of why their relationship really works.”

Their engagement news came in after actor Jake Gyllenhaal broke his almost decade-long silence about Swift’s break-up song, “All Too Well.” Gyllenhaal and Swift had a brief relationship in 2010, and though the singer has never confirmed that the actor inspired the song, she’s never denied fans’ suspicions.

Gyllenhaal said that the song “has nothing to do with me” and “is her expression” as an artist. But he also believes that “it’s important when supporters get unruly that we feel a responsibility to have them be civil and not allow for cyberbullying in one’s name.”

Changes to Make to Your Diet if you Have Diverticulitis