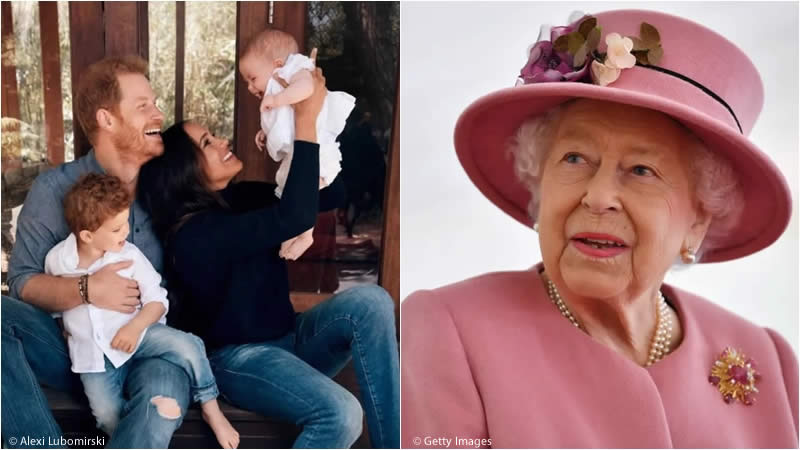 Prince Harry and Meghan Markle have yet to bring their daughter, Lilibet, to the U.K. to meet the royal family. It is said that Queen Elizabeth II would love it if she were to personally meet her and reunite with Archie.

The Duke and Duchess of Sussex welcomed their daughter on June 4 in Santa Barbara, California, which would make her nine months old now. They have reportedly already introduced her to the family via video calls. But according to royal biographer Brian Hoey, the British monarch would want nothing more than to be able to spend time with them in person.

He told The Express, “I have heard from people I know within the Royal household, she really would desperately like to see the baby in this way. I think she would love to.” He added, “I wonder whether it is going to happen. I would love to think it could.”

Archie was only just 10 months old the last time the royals saw him, before Prince Harry and Meghan Markle abandoned their royal duties in January 2020. They now live in Santa Barbara, California as a family of four following the birth of Lilibet Diana, whom they named after Queen Elizabeth II’s nickname and the late Princess Diana.

There are doubts over the family’s return to the U.K. after the Duke of Sussex recently expressed concern about their safety in the country without police protection. There is also the matter of their alleged feud with the royals brought on by their Oprah interview in March last year.

However, Hoey is certain that Queen Elizabeth II would welcome the family with open arms. He said she would not hesitate to welcome them back if they ever decide to return home.

“I’m absolutely sure the Queen holds no feelings of disapproval towards Harry and Meghan – none whatsoever. She would certainly welcome them back if they came,” he said.

Expectations are high for Prince Harry and Meghan Markle to return to the U.K. with Archie and Lilibet for the Platinum Jubilee celebrations of Queen Elizabeth II. It will be a four-day affair that will coincidentally happen on the same week as Lilibet’s birthday. The bank holiday will start on June 2 and end on June 5.