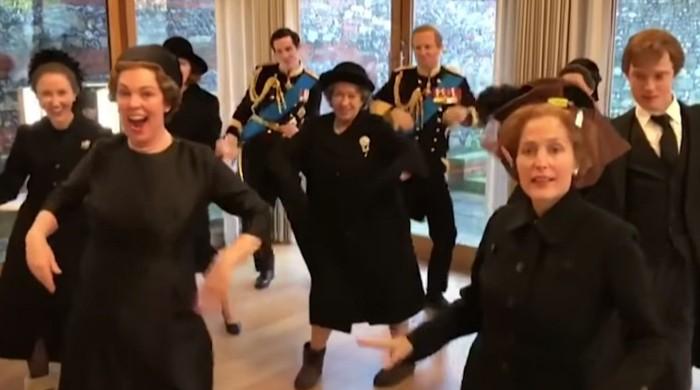 The British royal family knows how to carouse the night away!

A video of British actors Olivia Colman, Gillian Anderson, Tobias Menzies, Josh O’Connor, Marion Bailey, Erin Doherty and Helena Bonham Carter has been making rounds online where they can been swaying to Lizzo’s Good As Hell.

Dressed in character, The Crown cast could be seen performing a choreographed number during the show’s filming.

The video was shown during Anderson’s appearance on Late Night with Seth Meyers where she spoke about playing Margaret Thatcher and also shed light on Colman’s knack for dancing.

“Olivia [Colman] apparently does a dance class in the area that she lives with a bunch of friends on a regular basis. The last time she did the class they had danced to that Lizzo song and she asked if we would happen to be interested in doing it. She would video it and then she would just share it only with her friends, the other dancers. So it was never meant to see the light of day and yet here we are,” said Anderson before the clip was played.

“I’m so humiliated,” she said after watching the video. “The look on my face; there’s such delight and shame,” she added.