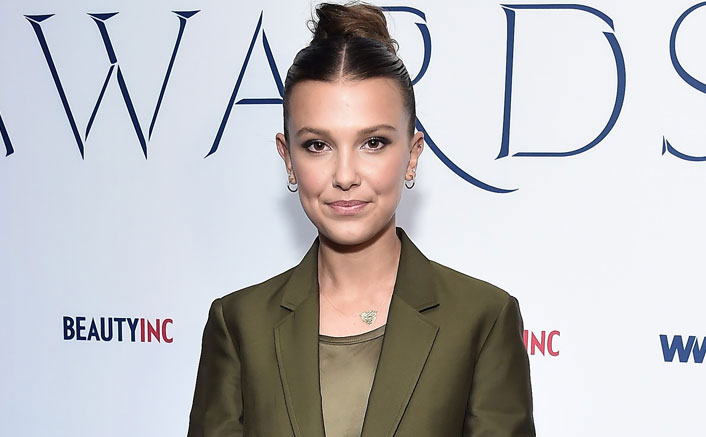 Millie Bobby Brown is touching new peaks in her career. At the age of 16 years, she is enjoying unprecedented fame and touchwood, we hope she continues it. Now, there’s one exciting news coming in for her fans and we’re sure, it’s going to bloom their day.

The Stranger Things actress is all set to pull off two roles for her upcoming project. No, we aren’t talking about the double role here but Millie would be seen in two different departments of her upcoming Netflix film.

As per Deadline, Millie Bobby Brown is all set to be executive producer and star in the Netflix original, Damsel. And apart from that, she will be playing the character of Princess Elodie. For the unversed, Elodie is the one who believes that she will be married to a prince but instead gets sacrificed to a dragon. Now, doesn’t that excites you?

Damsel featuring Millie Bobby Brown will be helmed by Juan Carlos Fresnadillo. It will be penned by Dan Mazeau. The release date is still under the wraps. The project is said to see the lights after the success of Netflix’s Enola Holmes. It too was produced by Millie and she was seen in a titular role. Along with her, the film also features Henry Cavill and Helena Bonham Carter.

Meanwhile, Millie Bobby Brown recently shared a heart-wrenching post as a tribute to her late grandmother, who the Stranger Things actress couldn’t even bid adieu amid the lockdown and had to facetime her. She shared a video on her Instagram where she is giving a peck on her grandmother’s cheek.

The Godzilla actress revealed in the post that her grandmother had Alzheimer and called the disease evil and cruel. She wrote, “There’s no words that make sense right now. There’s no feeling to pin point.

Loss is something so complex and I go thru spells where I cant stop crying and then I laugh about all the memories and then sit quiet and try to comprehend what happened. Alzheimer’s is evil. Its cruel. Taking away someones ability to remember memories and then how to function like a human being. Its so hard to sit there and watch.”

Robert Pattinson to be ‘Professional’ with Kristen Stewart