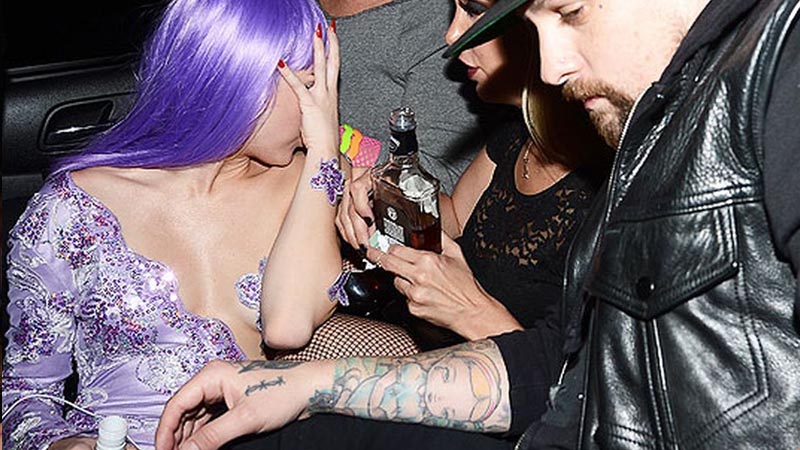 On Thursday Halloween party  which took place in West Hollywood nightclub Bootsy Bellows, MileyCyrus spotted ‘making out’ with rock star Benji Madden. They seemed really close to each other and Mileywas looking ‘amazing’ in her Lil Kim outfit.

Shewas introduced by a friend to Benji at Adam Lambert’s Halloween Party Powered by CIROC, says the source. Soon they started talking with each other and in no time they decided to lock their lips with each other, to do this ‘They tried to be discreet by sharing a car with some other friends but it was clear they were leaving as a couple.

When got spotted She’ started covering her face with a friend’s arm, but that’s the Hannah Montana star. Interesting the singer hung out with the heiress – who sported a leopard Playboy cat outfit – just hours before the Bootsy party at another nightclub, Beacher’s Madhouse in Hollywood.

Since she got split with Liam this summer and Benji is the the second person  with whom she is romantically linked Last week she was rumored to be seeing Theo Wenner, who was once linked to Liv Tyler The performerhas been on a media blitz since her headline-making VMA performance where she rubbed a foam finger all over her body and stuck her tongue out suggestively awhile dancing on stage and was lauded by SNL performance as well.