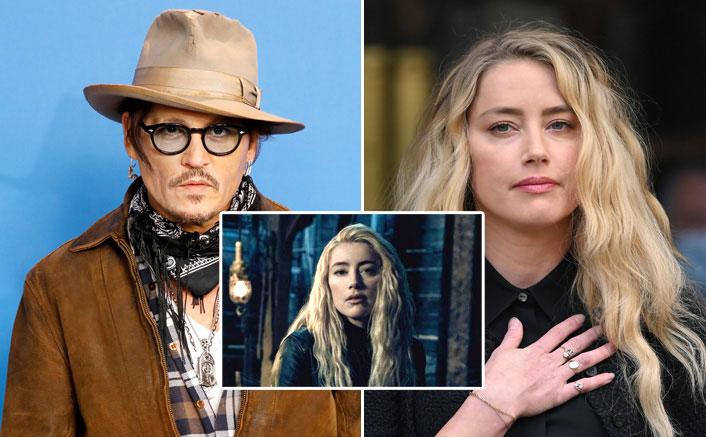 Johnny Depp has lost a lot and that goes beyond his loss at the court in the libel suit against The Sun. Not only is he not getting back to Pirates Of The Caribbean anytime soon, the actor has also been removed from Fantastic Beasts 3. Amidst it all, Amber Heard seems to be enjoying a lot of limelight. The latest announcement is regarding her upcoming series, The Stand. Below is all the scoop you need.

For the unversed, The Stand is a dark fantasy miniseries based on Stephen King’s novel by the same name. The show will witness Amber step into the shoes of Nadine Cross. She is a teacher at a private school in New Hampshire who has retained her virginity based on a sense that she’s destined for something “dark and unique.”

Amber Heard took to Instagram a few hours ago and shared her look from the miniseries. Just not that, the Aquaman actress also announced that the miniseries is all set to hit the digital world on 17th December 2020. Yes, you heard that right.

In the post, Amber Heard as Nadine Cross in The Stand could be seen standing in a dark room with intense expressions. She looks at the camera as she poses in her black leather jacket and long tresses. “Introducing Nadine Cross // Making The Stand // Dec 17th 2020,” she captioned the post.

The Justice League actress has limited her comments section ever since the Johnny Depp legal battle came into the picture. However, her post currently has 147K likes.

The Stand update has received mixed responses. While Amber Heard fans are rejoicing, Johnny Depp fans are sulking. Twitter has been stormed with opinions on whether users would give The Stand a watch or pass it.

Amidst it all, Fantastic Beasts 3 has also found its new Gellert Grindelwald in Mads Mikkelsen post JD’s exit. Also, petitions for Amber’s removal from Aquaman 2 also have crossed 1.6 million signatures.

Miley Cyrus’ wildness – a cry of help to reconcile her parents

Rihanna wants a Bed on Set