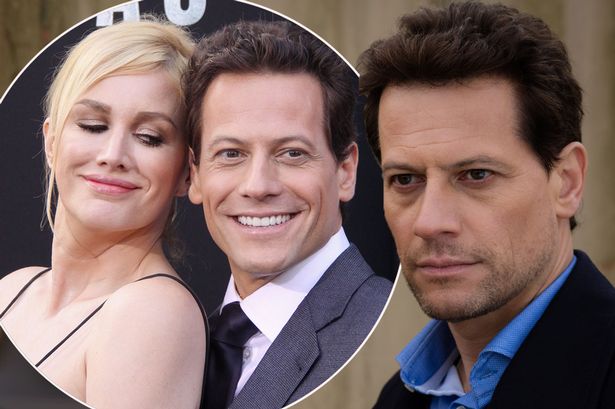 Ioan Gruffudd said 12 months before his shock split from wife Alice Evans that they had been struggling for years to make things work.

The actor, best known for starring in the Fantastic Four movies and ITV drama Liar, admitted it was hard for them to make time for each other.

Speaking about his wife, 49, the 47-year-old actor told the Guardian last February: “I think we’ve struggled the past four years, making time for each other because physically we’re apart.”

He said they were “practical” about it and admitted that most of the parenting of their daughters Ella, 11, and Elsie, seven, was left to Alice.

Speaking about his brief time as a stay-at-home-dad, Ioan said: “Alice had come back, she had been away for a week. I was showing off – ‘the kids are in bed’ – and she was ‘Yeah, you’ve done one week Ioan, try six months’.”

The pair met while they were starring together in movie 102 Dalmatians in 2000 and went on to marry in 2007.

Both of their children were conceived with the help of IVF treatment, and Alice has spoken candidly about her fertility struggles in the hope of helping others who are going through the same thing.

At the age of 38, Alice was told that she had an antral follicle count of eight – an ultrasound study that measures a woman’s ovarian reserve, or her remaining egg supply.

The doctor said it was two less than she needed for a good shot at IVF, but thankfully she fell pregnant with Ella after her first round of treatment.

Each round cost a staggering £7,000 and had just a 20% chance of success, meaning it was both a financial and emotional strain on the couple.

Alice told the Daily Mail in 2016: “I know how lucky I am. I won the lottery. I get to kiss goodnight to the two most precious human beings I’ve ever met.”

A representative for Ioan and Alice told The Mirror: “As you can imagine, this is an incredibly difficult time for our family and we remain committed to our children. Thank you for respecting our privacy.”

Kim Kardashian Asks Kanye West Not To Be ‘Messy’ In Her Cryptic Post After His Leaked Fight Video With Chance The Rapper?

Heidi Klum: I May SUE Over New Topless Photos