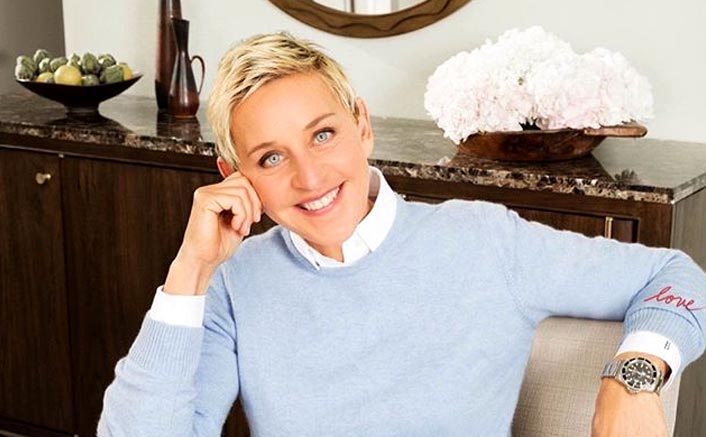 Ellen DeGeneres has once again comes under fire for launching a ‘Be Kind’ gift box valued at $270 at her talk show The Ellen DeGeneres Show. Earlier this year, a toxic workplace scandal ripped through her production. Read on to know what happened at her show.

It seems the embattled host is trying to build back some of her reputations with her new ‘Be Kind’ boxes, which contains full of Ellen’s ‘favourite things’ like a painting set, earbuds, collapsible cup, a gold ‘hope’ necklace. However, fans were already underwhelmed with the contents as they took to social media with complaints.

Ellen DeGeneres introduced the new season’s subscription box in an Instagram post. While Kris Jenner was beyond impressed with the winter collection, fans weren’t with her offerings.

Some of the disgruntled customers took to Instagram and expressed their disappointment in the comment section. A user wrote, “The headphones in my box don’t work very well – very disappointed in the quality,” while another user wrote, “Never got my summer box, can’t get anyone to respond to my emails? I don’t even have an account anymore for some reason, but I still have my invoice.”

Another user wrote, “I am still waiting for my box… it’s been months,” and another user commented, “Can someone please contact me. I have sent seven emails and heard nothing back. I was double-billed for my premium box. Please contact me.”

Previously, Ellen DeGeneres was embroiled in a toxic workplace scandal which led to a drop in Neilsen ratings by 38%. Neilsen Media Research, which measures audience size, reported that for season 18 of The Ellen’s Show which aired on September 21 had averaged 1.2 Live+Same Day household ratings – a 29% drop from her 2019 premiere.

The 18th season of the eponymous talk show now has average viewers of 1.7 million, which is nearly 38% less than last year, before she had been hit with accusations from both current and former employees that she had fostered a toxic workplace.

Kim Kardashian West: It Was So Hard Not Carrying My Third Child