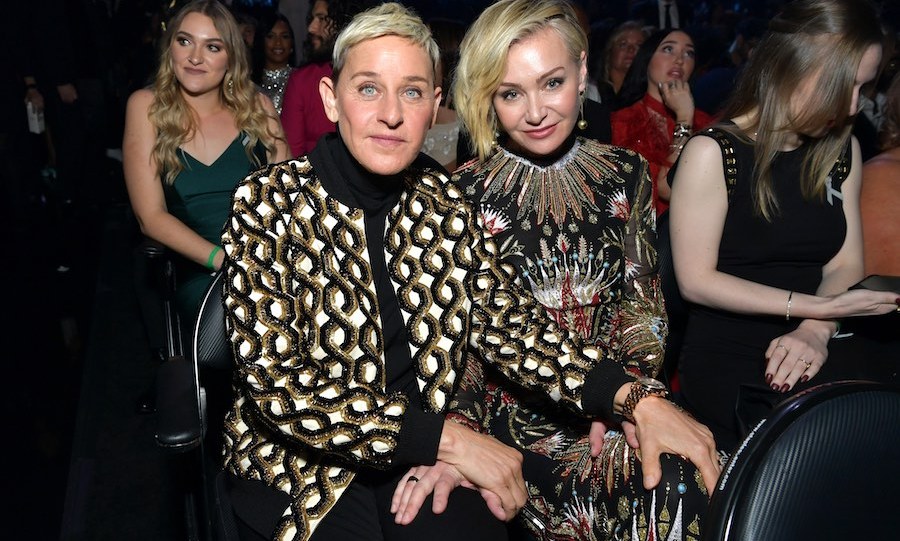 Did Ellen DeGeneres and Portia de Rossi get divorced? Some stories age like wine and others age like milk. Last year Gossip Cop confronted that story, but since it’s been a while we’re taking a look back to see what’s going on. Here’s what we found.

The cover story of a July 2020 In Touch revealed a bombshell: Ellen DeGeneres and Portia De Rossi were getting a $500 million divorce. So-called “friends” of the couple feared the two wouldn’t make it through the summer.

An insider said, “people started lashing out at [DeGeneres] on social media, sharing stories about how mean she is behind the scenes. Now, she’s stressing out about the possibility of her show being axed for good. It’s not looking good.” To make matters worse, as the insider said, “Portia wants out!”

Gossip Cop pointed out that this narrative is extremely common, so it was tough to believe this specific story. It offered no hard evidence of martial drama, and relied on the testimony of a supposed “friend.” Real friends don’t leak dirty laundry to the tabloid media.

Nope! De Rossi and DeGeneres lasted through the end of the summer, and are still together today. De Rossi recently underwent emergency surgery for appendicitis, but DeGeneres says she’s returned home and is feeling much better. The couple recently appeared on the cover of People where they reflected positively on their 12-year marriage.

A month after this divorce story, the tabloid claimed DeGeneres had been abandoned by Hollywood. considering she still regularly gets A-listers on her talk show, that story was preposterous. It recently reported that DeGeneres could be Gwen Stefani’s maid of honor. Since In Touch said Stefani and Blake Shelton already got married in 2019, it’s impossible to trust its wedding “details.”

DeGeneres and de Rossi are still going strong and have not filed for a costly divorce. This tabloid has repeatedly proven it has no insight into DeGeneres’ personal life.