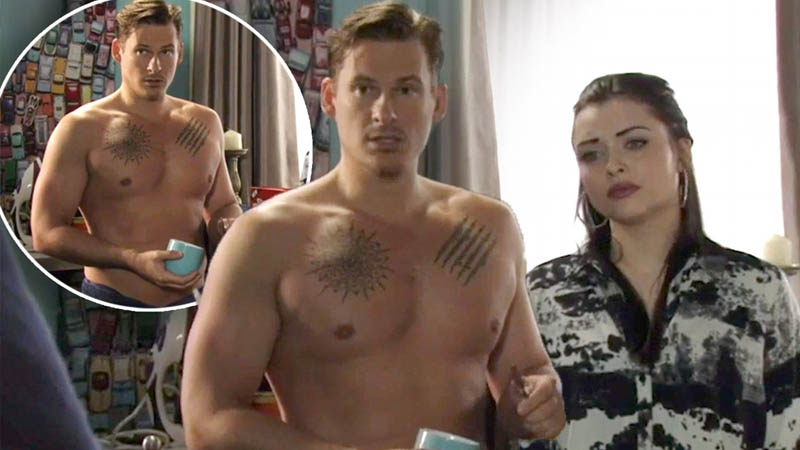 LOVE-SPLIT EastEnder Shona McGarty is now dating a pop hunk, The Sun can reveal. Shona, 21 — TV tearaway Whitney Dean — has fallen for little-known Ryan Wilkins weeks after dumping former co-star Matt Lapinskas. She and Ryan, 22 — in new boy band Projekt Weekend — were spotted hand-in-hand and getting up close on a London date this week.

The soap star, who also has designs on a pop career, was introduced to him by a mutual pal. A friend said yesterday she was already “smitten” and added: “They’ve known each other a short while and things are going well. “She wasn’t looking for a relationship as she’d just split up from Matt and they were very much in love. “But she and Ryan have bonded over their love of music, as she also sings and would love to be a recording artist.

“He’s a good-looking guy and things just fell into place. “It’s early days but they’ve got more dates set up and he’s keen for her to see his band.” The telly beauty ditched Matt, 24 — Walford’s Anthony Moon — last month after he starred on ITV’s Dancing On Ice and fell for Canadian show partner Brianne Delcourt, 32.

Matt later described Brianne as his “soul mate” while she lovingly called him her “little angel”. The actor also shrugged off the split and said: “People break up every day.   “It’s one of those things that came to an end. Me and Shona know the ins and outs of our relationship and that’s the way it’s going to stay.”

He added: “I would have still done Dancing On Ice even though it has cost me my relationship. It’s the show I always wanted to do.” – Thesun

Rihanna surprises her Friend with a Special Treat in Bed

Courtney Stodden is Happy By Having Plastic Surgery