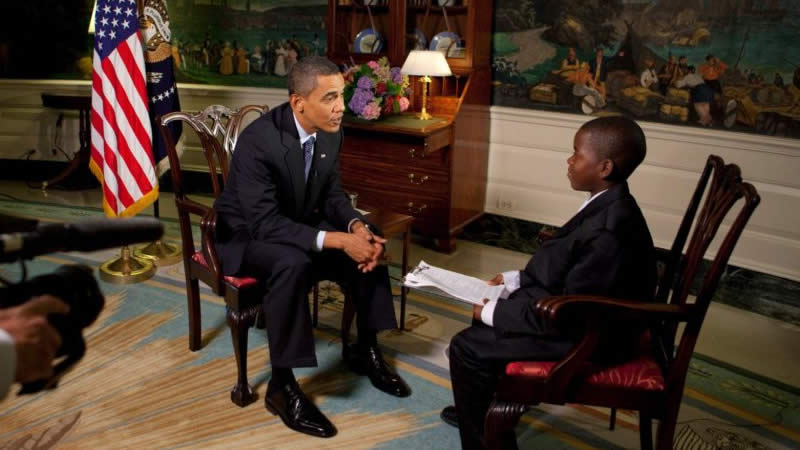 As an intrepid student reporter whose dreams carried him all the way to an interview in the White House with President Barack Obama, Damon Weaver found himself in the national spotlight at a young age. It was the Pahokee native’s dream to tell the stories of others as a professional journalist.

Weaver, who in 2009 became the youngest person to conduct an interview with a sitting president, died May 1 at age 23, his sister, Candace Hardy, confirmed Thursday. She said his death was due to natural causes.

Weaver was just 11 years old and a student at Canal Point Elementary School when he met with President Obama for about 10 minutes in the White House Diplomatic Room on Aug. 13, 2009, asking 12 questions that focused primarily on education and schools.

Among their topics: bullying, school lunches, conflict resolution and how to succeed. Weaver finished by inviting Obama to visit his school and asked him to be his “homeboy,” noting that Vice President Joe Biden already had taken him up on the offer.

Weaver, who most recently lived in West Palm Beach, graduated from Royal Palm Beach High School, earning a scholarship to Albany State University in Georgia. He was pursuing a degree in communications and planned to return to the university in the fall, Hardy said. He wanted to pursue a career in sports journalism covering the National Football League, she said.

Weaver parlayed his charm and boldness into interviews with numerous other celebrities, ranging from Oprah Winfrey to Dwayne Wade. He looked to have a bright future ahead of him. His death is being attributed to “natural causes.”

Prince Harry: I want to Break Cycle of Pain for my Children