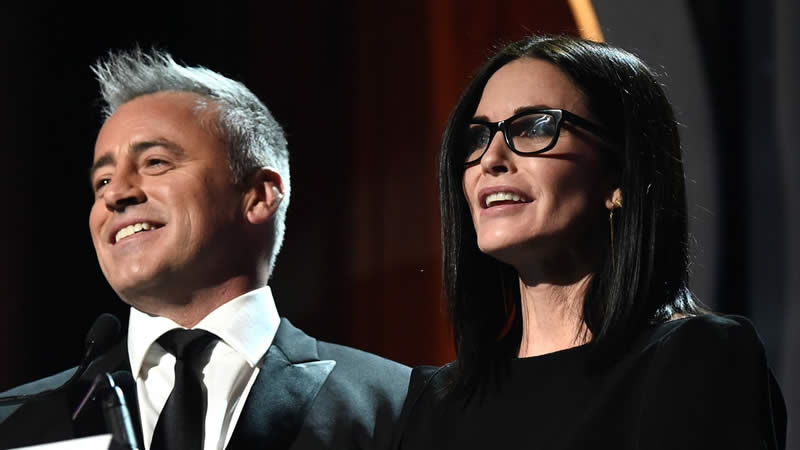 Friends star Matt LeBlanc celebrated his birthday on July 25 and as the actor turned 54, not only fans but also his co-star, Courteney Cox sent him the sweetest wish. Courteney took to her Instagram story to share an adorable picture with LeBlanc while sending out the cutest message for him. Courteney and Matt last came together during the reunion special for HBO Max, Friends: The Reunion.

Taking to her Instagram story, Courteney wrote, “Happy Birthday to this GEM of a human being” and tagged Matt along with a string of heart emojis. The photo shared by Cox showed Matt and her smiling wide in a cute selfie.

Courteney recently also took to Instagram to wish her boyfriend Johnny McDaid on his birthday. Cox’s wish for McDaid too had a major Friends connection as she shared a picture with him from the sets of the popular sitcom as they posed for a snap together on her character, Monica Geller’s couch.

As for Matt LeBlanc, the actor who recently turned 54, famously starred on Friends as the character of Joey Tribbiani. The actor later also starred in popular shows such as Joey, Episodes, and Man With a Plan.

Courteney and Matt’s Friends: The Reunion, also starring other members of the lead cast including Jennifer Aniston, Lisa Kudrow, Matthew Perry and David Schwimmer recently received four major Emmy award nominations. This marked a special moment for Cox who happens to be the only lead cast member of Friends who never received an Emmy nomination for her role on the show.

Recently, while addressing the Emmy nomination though, Cox stated that this isn’t the nod that she was looking for.