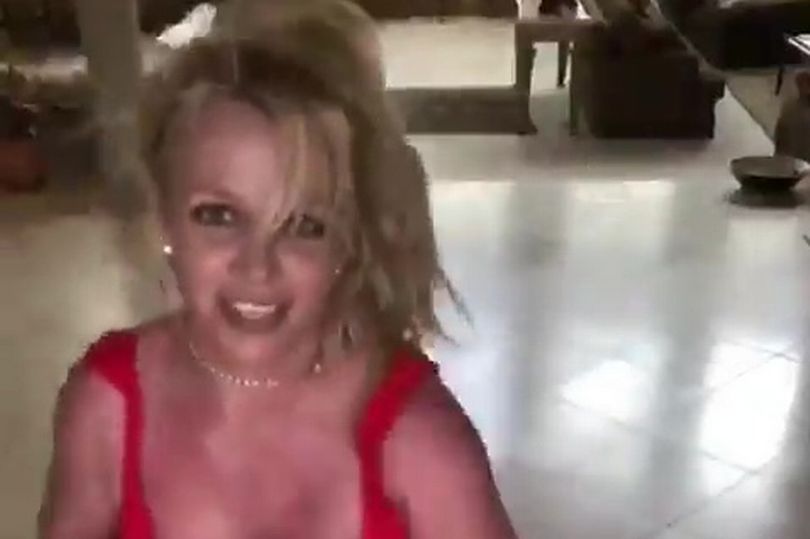 Britney Spears has once again took to Instagram to vent her frustrations at people meddling in her business.

The singer, 39, has slammed documentaries about her life as “hypocritical” and said that people are always “more interested in the negative”.

She also hit out at rumours that she wasn’t in control of her Instagram page – although fans still argued the fact with the Toxic singer in the comments section saying they won’t believe her until she posts a video of her saying the words.

Britney shared the lengthy post on Monday night alongside a video of her dancing.

She explained how she was “deeply flattered” that people were so invested in her life but slammed the documentaries, saying “they criticize the media and then do the same thing”.

It is thought that Britney was referencing the popular documentaries by the BBC and New York Times. Both look at her mental health issues that eventually led to her father Jamie obtaining control of her person and estate in a conservatorship 13 years ago.

She wrote: “Damn … I don’t know y’all but I’m thrilled to remind you all that although I’ve had some pretty tough times in my life … I’ve had waaaayyyy more amazing times in my life and unfortunately my friends… I think the world is more interested in the negative.”

She went on to reveal her dismay at those who keep bringing up her past. She wrote: “Why highlight the most negative and traumatizing times in my life from forever ago ???? I mean DAMN.”

The message comes as she prepares to address her conservatorship in court next month.

She also hit out at former makeup artist Billy Brasfield who said she wasn’t in control of her social media accounts last month.

“PSSSS I don’t actually talk to Billy B AT ALL so I’m honestly very confused !!! This is my Instagram !!!!,” she added.

She told her followers that she hopes everyone is “living your best lives” before following up the lengthy post with a series of quotes in new posts.

One read “stay weird”, while another said: “In case you needed a reminder: Yes the f**k you can.”

Kate Winslet: I was Told to Settle for the Fat Girl Parts

Eva Longoria: ‘I was the Black Sheep in My Family’