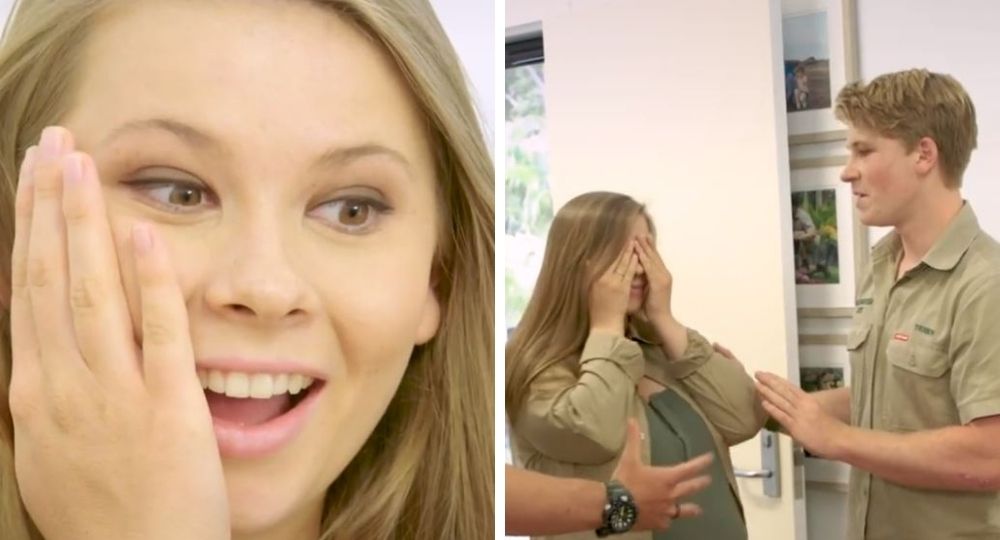 Robert Irwin is a brand new uncle and he’s wasting no time spoiling his baby niece.

The wildlife warrior has surprised his big sister Bindi with what has been affectionately deemed a “baby pit stop” in Australia Zoo to give his niece Grace and her mum a place to relax away from the crocodiles.

Needless to say, Bindi’s reaction to the sweet present was adorable.

While Bindi Irwin has already provided us with plenty of glimpses into her daughter Grace’s animal-themed nursery, her younger brother Robert has taken it into his own hands to create a space for the mini wildlife warrior to hang out while his family is busy at work.

In a sneak peek for Crikey It’s A Baby! shared to Animal Planet’s TikTok, Bindi told her husband Chandler “we have to find a space for our beautiful daughter, kind of like a baby pit stop, a nursery in amongst all the Australia Zoo action and for me to have a little rest break in between feeding crocs and things.”

Bindi was clearly in the veerryy late stages of pregnancy when this video was filmed. Chandler even turned the camera to her belly to show how big it was, stating “I think we’re going to have to do this straight away.”

It was Robert who designed the new digs for his sister, and the 17-year-old certainly hyped it up, telling Bindi, “you are about to experience the most incredible baby nursery adventure ever you’ve ever embarked on”.

The 22-year-old covered her eyes as Rob and Chandler counted down from three for the big reveal.

“Oh my god” a shocked Bindi said as she took in her surroundings. The room featured a big dinosaur, a crib with an animal-themed mobile and a foosball table. But perhaps the best feature of the room was a sign that hung on the wall, with a very cheeky message.

“If mum says no, ask uncle Robert.” the sign read, prompting a laugh from the mum in question.

Robert was thrilled with Bindi’s sweet reaction to his surprise.

“She loves it.” he told the camera. “This is awesome; major win. I was thinking we’d have to make a few tweaks but apparently not.”

Bindi recently opened up about her father Steve not being able to witness his first granddaughter growing up.

In another sneak peek for their upcoming show, an emotional Bindi candidly said, “It’s hard knowing that she’ll never actually meet him, and it’s devastating because I’ll never get to watch their connection.

“Its going to be really special for her to know him through us, to tell her about what an amazing man he was.”

Tom Felton is a hopeless romantic