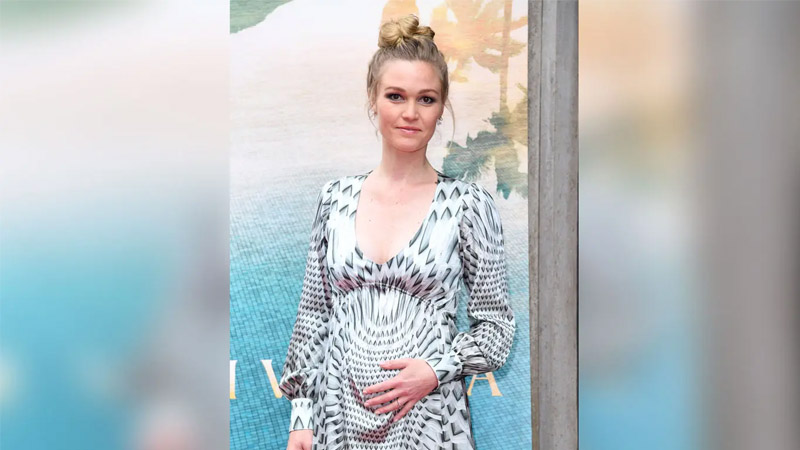 The Jason Bourne star, 36, will welcome a baby with her fiance Preston J. Cook later this year (17), her representative confirms to People.com. Julia has yet to personally comment on her exciting news, but she recently posed for a photo, in which she is pictured holding her growing belly, during a visit to London’s Magic FM radio station to promote her new TV series, Riviera. The happy couple met on the set of the 2015 film Go with Me, on which Preston worked as a camera assistant. Julia and her man became engaged during a vacation to Isla Grande in Colombia on Christmas Eve in 2015, and she broke the news to fans on Instagram by sharing a sweet photo of her ring in January 2016.

“Best Christmas Ever!” she captioned the snap, in which she had her fingers entwined with her new fiancees. However, last summer (16), the actress admitted they had made little progress with planning for their big day. “I’m not getting a ton of marital advice,” she told People at the time. “We’re really slow on the wedding planning so I haven’t really been soliciting advice.” Despite the lack of firm plans, the bride-to-be suggested they may return to Colombia to tie the knot. “All around, it was a really wonderful trip,” she smiled. “We stayed on an island that was really beautiful and there was a lot of great snorkelling. The city was really nice, too, but because I live in the city the natural scenery was really great.”

You Haven’t Lived Until You’ve Tried These Oreo Pancakes