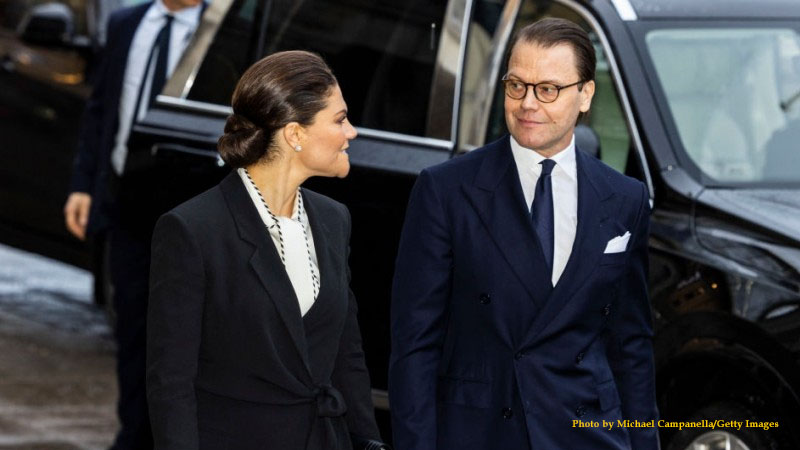 Crown Princess Victoria of Sweden and her husband Prince Daniel issued a statement on their official account, Saturday, falsifying divorce rumors to protect their family.

On Saturday, the Swedish royals addressed speculations about their relationship as a couple on their Instagram account. They explained that while they would usually ignore such rumors, they felt pressured to shut them down for their family.

The post read, “It has come to our attention that there is an extensive negative rumor being spread regarding our private relationship. Allegations are spreading about betrayal in the relationship and an impending divorce. Normally, we do not comment on rumors and speculation. But in order to protect our family, we wish to make it clear, once and for all, that the rumors that are now spreading are completely baseless. Victoria and Daniel.”

The unexpected response to address the rumors came as a surprise to the public.

Victoria met Daniel after a training session at Daniel Westling’s fitness center during the mid-2000s. After a long relationship, the pair officially announced their most-awaited engagement in February 2009, with Victoria showcasing her white gold ring with a round diamond solitaire, which broke the tradition of older generations of Swedish royals who all had simple gold bands.

Victoria married Daniel on June 19, 2012, at the Stockholm Cathedral. Their estimated $2 million royal wedding ceremony was attended by the bride and groom’s family and royals from around the world, including the Earl and Countess of Wessex, Prince Albert of Monaco and Queen Beatrix of the Netherlands. The couple share two children–Princess Estelle, nine and Prince Oscar, five.

Victoria wore a white satin wedding gown designed by Pär Engsheden, including a V-shaped back, an off-the-shoulder neckline and an A-line skirt. She had a five-meter train attached at the waist of her gown, accessorized with the Cameo Tiara, worn by her mother, Queen Silvia on her wedding day to King Carl XVI Gustaf in 1976.

On July 14, 2022, Victoria celebrated her 44th birthday, also called “Victoria’s Days,” with her family at Solliden Palace. The royal’s two previous birthday celebrations were canceled due to the coronavirus pandemic. Victoria is the eldest child of King Carl XVI Gustaf and the heir apparent to the Swedish throne.

Ramsay Hunt Syndrome: Possible Treatments You Can Get

Why Your Blurry Vision Might Be More Serious Than You Think