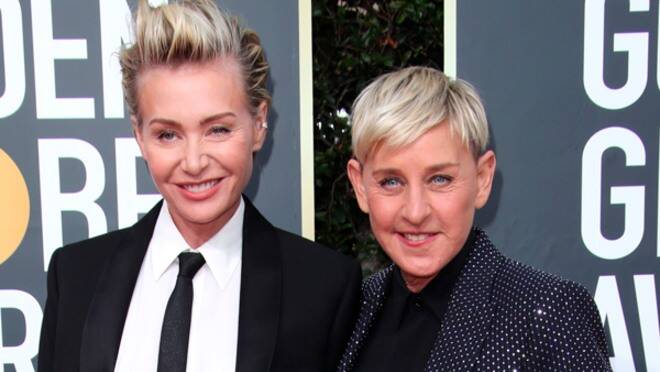 Is the couple facing another’s problem in their marriage? Why DeGeneres proposed to Portia de Rossi again, is the mean questions discussing everybody and every tabloid.

According to National Enquirer, de Rossi continues to bear the brunt of DeGeneres’ temper tantrums and mood swings. So, their home life has been hell.

After recovering from COVID-19 and spend alone, DeGeneres is mentally depressed and she allegedly kept lashing out at her wife.

“The strain of her free-falling ratings and reputation has left Ellen exploding at almost anything. Portia’s been in the line of fire more than anybody else,” the source said.

Ellen DeGeneres keeps lashing out at her wife

According to the source, it’s been hell at the couple’s home. But things have been especially hard for the Ally McBeal alum.

“Ellen’s been sniping at her about anything and everything from her public problems to whether her dinner is hot and on time. Portia’s never seen her like this and has been counting the days when Ellen can go back to work,” the source said.

“Ellen appreciates it but the stress gets the better of her. But because she’s with Ellen every second, Portia has had to endure her darkest moods,” the source said.

Amid of this news, one tabloid has been saying, there’s no proof that DeGeneres and de Rossi have been having problems in their marriage. They are living happily and friendly.