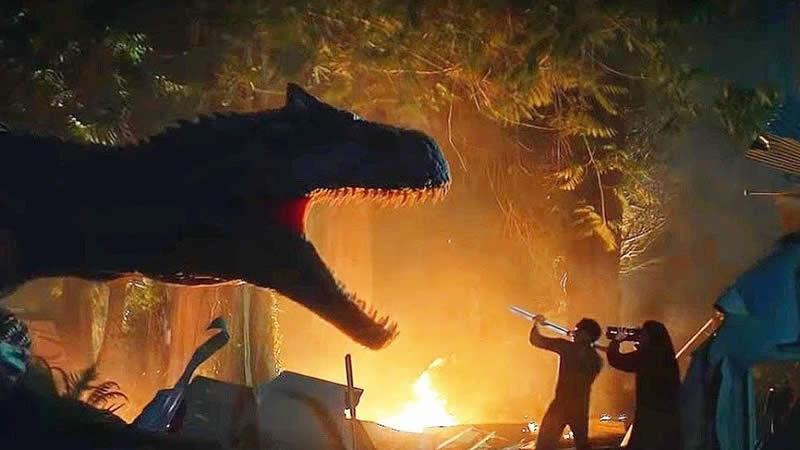 Jurassic World is set to be one of the must see movies of 2015, as we are taken back to where it all began back in 1993. Yes, Jurassic World will take us back to Isla Nubla in a movie that is set twenty two years after the events of the first movie… and the vision of John Hammond has been realised as a fully functioning dinosaur theme part is up and running.[contentblock id=1 img=adsense.png]

A full-length trailer is set to premiere on Friday. But we have a little teaser to whet your appetite: I have to say, the second and third Jurassic Park movies did leave me a little cold, but Jurassic World really does look like it is going to capture the spirit of the original, and I can’t wait to see what director Colin Trevorrow delivers.

Jurassic World is only the second feature film for Trevorrow, and comes three years after he made his big screen debut with Safety Not Guaranteed. Chris Pratt has made a real name for himself this year with the lead role in Guardians of the Galaxy, which has been both a critical and commercial success. His star is set to rocket even further next year as he takes on the central role of Owen in another great movie for the actor.[contentblock id=2 img=adsense.png]

He is joined on the cast list by Bryce Dallas Howard, Jake Johnson, Judy Greer, Vincent D’Onofrio, Omar Sy, and Ty Simpkins. Steven Spielberg is still involved with the franchise, as he is on board as executive producer this time around. Jurassic World is set to be one of the most anticipated films of 2015, and it really does promise to be an action ride. Can’t wait to see the full length trailer at the end of the week.