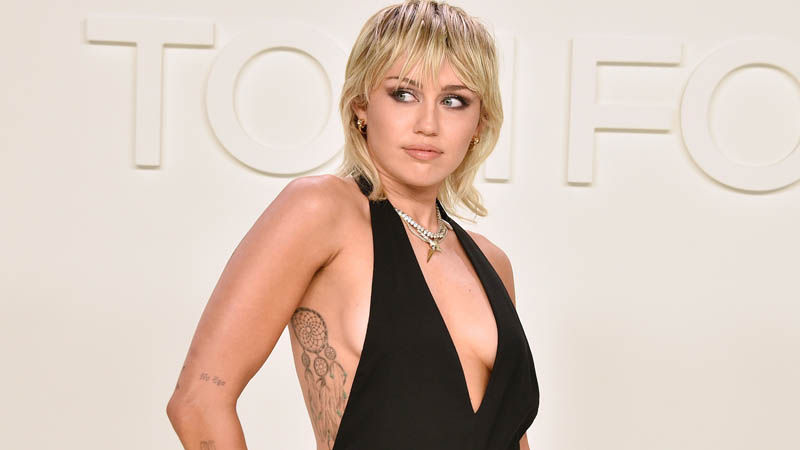 American Singer Miley Cyrus has always been in the news for one thing or the other. Recently the ‘Wrecking Ball’ singer made headlines for her upcoming album, Plastic Hearts and her divorce with Liam Hemsworth. Now, she is in the news for doing a n*de photoshoot shoot.

The said photo shoot was for a photography book by Indian American fashion photographer Vijat Mohindra. Scroll down to know more about it.

The pop star posed in the buff in a yellow coffin in one photo. Cyrus wore a shoulder-length blonde wig and used yellow and white flowers to cover her modesty. She posed with her arms folded across her chest, looking into the camera, reports dailymail.co.uk.

Mohindra posted an image of Miley Cyrus fon Instagram, and in the caption said proceeds from sales would go to Cyrus’ Happy Hippie foundation that helps homeless LGBTQ youth. He wrote, “’m Dyyyyyying For You To See My First Photography Book: 𝕳𝖎𝖌𝖍 𝕲𝖑𝖔𝖘𝖘 with @abramsbooks ✨🧁🧁🧁✨ Only 2 Days Left To Pre-Order 🤩Link In Bio 🤩 Foreword: @mileycyrus Interview: @askmrmickey – Proceeds Go To @happyhippiefdn To Help LGBTQ Homeless Youth”

The blurb for the book says it “includes all the images that made him famous, as well as new photos shot exclusively for this book”.

Cyrus has also posed on the cover of the book dressed as the devil, and has written the foreword.

Later this month, Miley Cyrus will release her seventh studio album titled Plastic Hearts. The album will feature twelve original tracks including her latest hit Midnight Sky as well as live covers of Heart of glass (Blondie) and Zombie (The Cranberries). Plastic Hearts is Miley Cyrus’s first full-length project in over three years.

If you’re reading this… know that I fucking love and appreciate you on the deepest level. I began this album over 2 years ago. Thought I had it all figured out. Not just the record with its songs and sounds but my whole fucking life. No one checks an ego like life itself. Just when I thought the body of work was finished… it was ALL erased. Including most of the musics relevance. Because EVERYTHING had changed. Nature did what I now see as a favor and destroyed what I couldn’t let go of for myself. I lost my house in a fire but found myself in its ashes. Luckily my collaborators still had most of the music that was burned up in journals and computers filled with songs for the EP series I was working on at the time. But it never felt right to release my “story” (each record being a continual autobiography) with a huge chapter missing. If it were a chapter in my book I guess I would call it “The Beginning” which usually when something is over we call it “The End”. But it was far from that. In triumph and gratitude I present to you my 7th studio record, Plastic Hearts. To be released Nov. 27th 2020. XXMC Pre Order in Bio. Photograph by: @therealmickrock

On November 5, Miley Cyrus appeared on the Scandinavian talk shows Skavlan, where she spoke about said dealing with her divorce with Liam Hemsworth. She said, “I’ve gone through a lot of trauma and loss in the last couple years: I had a house fire in Malibu where I lost my house and went through a divorce recently with Liam Hemsworth, my grandma super close with, I lost.”