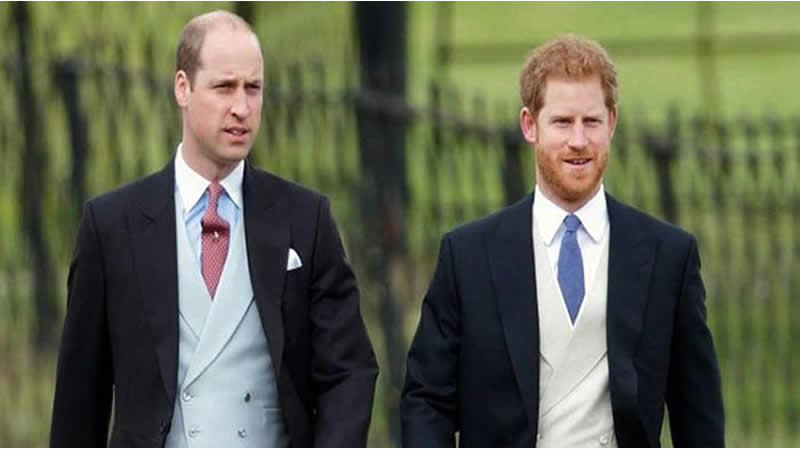 Prince William’s ‘rift’ with brother Harry is the hardest thing he’s gone through since losing his mother Princess Diana, a royal expert has claimed.

Duncan Larcombe said the ongoing tension between the royal siblings has been increasingly difficult for William, especially as they once regarded each other as their best friends.

The Expert claims the fallout began in early 2020 when Harry revealed he would be stepping down from senior royal duties and relocate with wife Meghan Markle, writes OK!

“There’s no doubt this is one of the hardest things that William has gone through, the hardest since his mother died. He feels he has lost his brother and his best friend,” said Mr Larcombe.

The pair were reported to be moving forward in a bid to heal their wounds, but insiders claimed the recent explosive interview with Oprah took the feud back.

In the bombshell tell-all chat, Meghan claimed Kate had made her cry after a row regarding flower girl dresses for her wedding.

They also made the allegation that a member of the royal family had expressed concerns over what skin tone baby Archie would be, with Prince William hitting back by saying the royal family are ‘very much not racist’ in the days that followed.

At the time, the Prince also said he hadn’t yet spoken to his brother but was planning to.

However, US host Gayle King, a close friend to icon Oprah Winfrey, revealed that the brothers had spoken but conversations were unproductive, days later.

She said: “Both Kate and William have felt betrayed but they have leaned on each other and come through stronger than before. Kate is not just the obedient wife who sits and listens to William.

“She’s so much more than that and she’s hurt too. But she will suffer behind closed doors with William and the pair will discuss things together.”

Duncan reveals that William has been hugely supportive by his wife Kate Middleton, who was also once close to Harry.

He added: “Kate has been William’s silent pillar of strength. They’re a double-act. It was always vital that William married someone who would strengthen his journey to the throne – and that is Kate. It’s business as usual for the pair of them, no matter what has been going on behind closed doors.

“Both William and Kate believe when you fall off the horse, you get straight back on and they don’t let anything effect their diaries and duty.”

Sickly Baby Elephant Refused By Herd, Finds A Dog To Accept Him

5 Tips to Get Baby Soft Skin