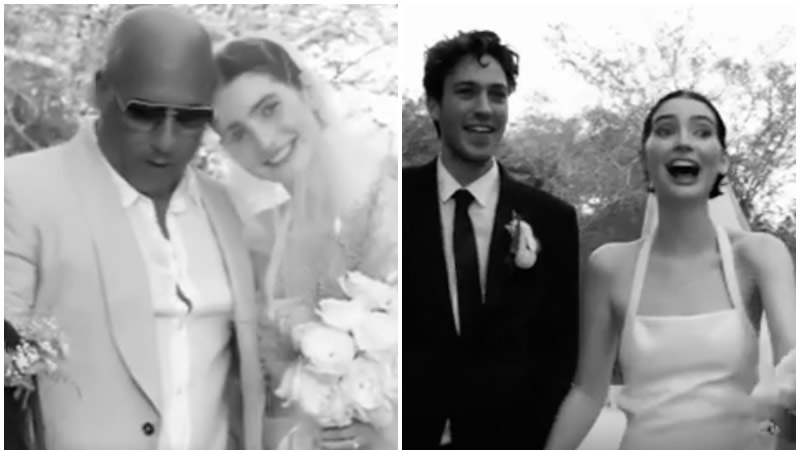 Today in Things That Make Me Emotional: Meadow Walker just posted new photos from her wedding to Louis Thornton-Allan…and in the process revealed that her late father Paul Walker’s The Fast and the Furious costar Vin Diesel was the one who walked her down the aisle. Sob!

As Vogue previously reported, the model wore a custom Givenchy gown for the beachside ceremony held in the Dominican Republic. “We couldn’t have imagined it to be any more perfect and personal—and honestly it was easy and simple,” Walker told the magazine. “Louis and I knew exactly what we wanted from the start. It was a very intimate celebration.”

Diesel, for his part, showed up in a powder blue suit and sunglasses that feel befitting for the man behind Dominic Toretto, his Fast and Furious character. Diesel is Meadow’s godfather and has clearly stayed close with her since her father’s death in 2013.

In 2015 he also revealed that he had named his daughter Pauline after his late costar. “There’ no other person that I was thinking about as I was cutting this umbilical cord,” he said of Walker at the time. “I just thought…knew he was there. It felt like, you know, a way to keep his memory a part of my family and a part of my world.”

Vin Diesel wasn’t the only Fast & Furious cast member in attendance either. Jordan Brewster, Walker’s on-screen love interest in the franchise, also posted a photo from the day to Instagram. “I’m so happy for you beauty,” she wrote in the caption.

She then shared a picture of Diesel walking her down the aisle and giving her hand to her groom.

The late Paul Walker played ‘Brian O’Connor’ in ‘Fast and Furious’ while Diesel continues to play Dominic Toretto in the franchise. Walker died in a car crash in 2013 at the age of 40.