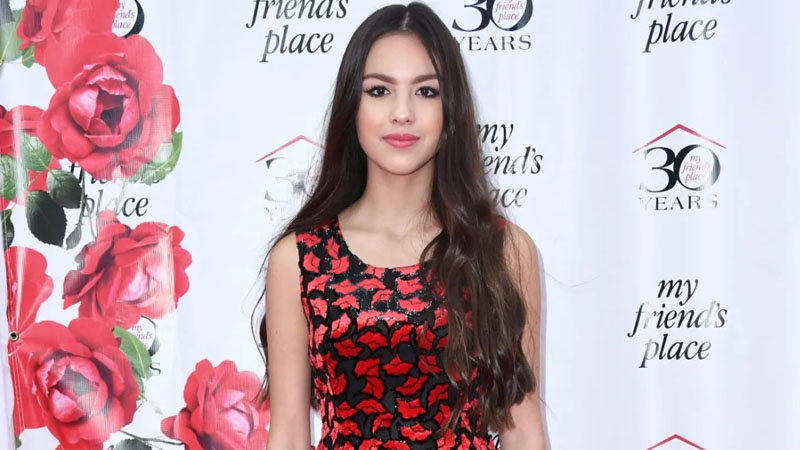 While it may be true that nothing lasts forever, most people anticipate things lasting longer than a few hours or minutes after they receive them. Olivia Rodrigo won three GRAMMYs Sunday night and almost immediately broke one while trying to pose for photos.

She won awards for Best New Artist, Best Pop Solo Performance, and Best Pop Vocal Album. While trying to balance her awards for a photo, she accidentally dropped one, and it immediately broke.  Her reaction was captured via pictures and film as the award tumbled from her arms and came apart into two pieces.

Fortunately, an assistant was able to get the award put back together so that she could continue posing with her trophies and get some great photos.  Fans may remember this happening 12 years ago in 2010 when Taylor Swift dropped one of her four awards as well.

Olivia was all smiles as she posed with her awards, glowing in her success at only 19 years old. When the award broke, photographers managed to catch her shocked expression as the award fell and broke.

She was able to get the award back together for photos where she held all three.  Olivia’s broken GRAMMY was quickly compared to Taylor Swift’s dropped award as the stars both shared similar reactions to their awards falling and breaking. Fortunately, a broken GRAMMY doesn’t take away the award from the artist.

Olivia advised that she would probably give a GRAMMY to her parents for them to keep in their living room if she won. Fortunately, she won three, so there should be one to spare for her parents’ living room.

While Olivia gave her interview on the red carpet, fans were quick to notice that she had a sign language interpreter, and she soon received high praise for having an interpreter with her.

As previously reported, fans were thrilled to see Olivia with a sign language interpreter for all deaf and hard-of-hearing fans at the event. Although the interpreter isn’t centered in the video, she can be seen behind the singer.

Olivia received praise from Coda star Marlee Matlin, an actress who has been deaf since she was a child. Some believe that Olivia was the only star to bring an interpreter; however, others pointed out that Chloe Bailey also had an interpreter.

Olivia Rodrigo likely went home on cloud nine as her dreams came true from winning a GRAMMY, and her dreams were likely exceeded when she won two more. Not only is she a GRAMMY winner, but fans loved to see her include a sign language interpreter so everyone could be involved.