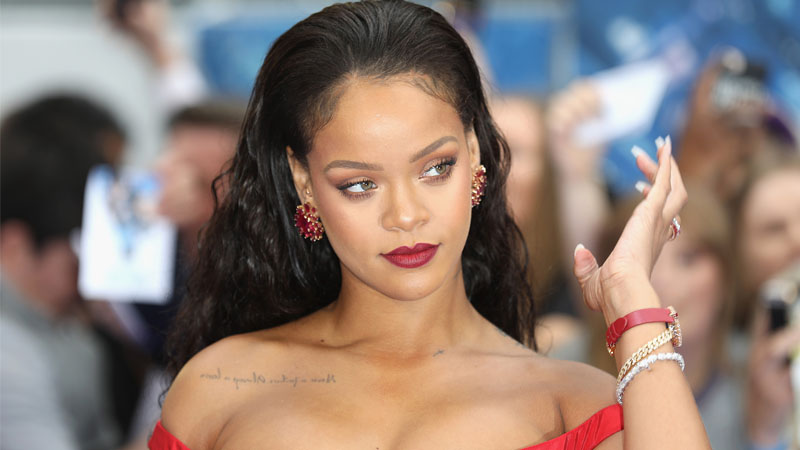 Rihanna has embroiled in a new steamy photo scandal after her cell phones pictures were posted online last week.

It has been reported the raunchy pictures were snapped for her unnamed sportsman lover in 2009 after her split from singer Chris Brown.

In one black and white images, Rihanna is sticking her tongue out and giving a one-fingered salute to the camera as she pulls open her jacket with her other hand to reveal the curves of her topless figure underneath.

In the other colored photo, the ‘Umbrella’ singer is wearing just a pair of lace panties as she captures her semi-naked form in the mirror, holding her arms up to cover her breasts as she cocks her head to the side and smiles cheekily for the snap.