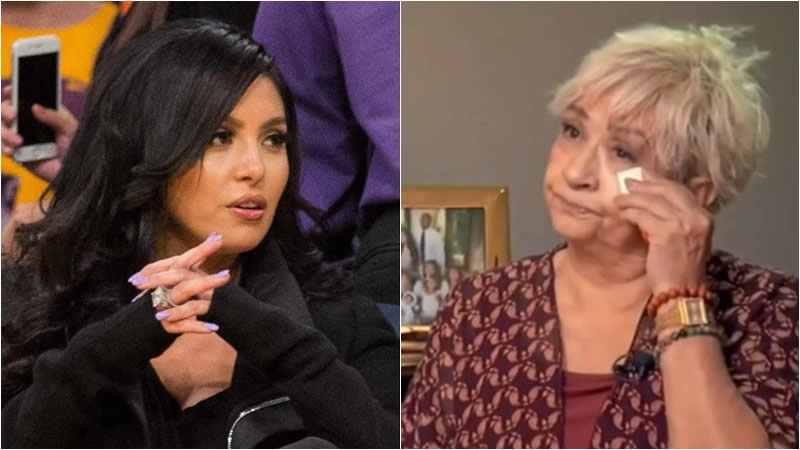 Vanessa Bryant is a wife of well-renowned NBA player Kobe Bryant, who was died along with his 13-year-old daughter Gianna in a helicopter crash in Calabasas, California. After that incident, Vanessa Bryant took ownership and led the family. Although she is suffering from hard time but her strong determination give her a power to continue this.

in the recent interview 38 years old Vanessa has faced the allegation cited by the own mother Sofia, that her daughter of extortion in the wake of Kobe Bryant’s death, according to upnewsinfo.

Sofia the mother of Vanessa stated:

“All I wanted is what I worked for. Vanessa, despite everything that I have been promised and done for her and the family, has attempted to sever all ties and renege on all obligations and agreements,” Laine wrote. “Why would she do this to her own mother? I am so disappointed, hurt, and wronged to the point that I had no choice but to file a lawsuit. I am nearly 70 years old, my health is deteriorating, and my own daughter is doing this to me?”

“I have supported her for nearly 20 years, and she was never my or Kobe’s personal assistant, nor was she a nanny,” Vanessa said. “I have always been a stay-at-home mother and my husband and I were our daughters’ full-time caregivers.”

“She was a grandmother who was supported by me and her son-in-law at my request,” Vanessa alleges. “She now wants to back-charge me $96 per hour for supposedly working 12 hours a day for 18 years for watching her grandchildren. In reality, she only occasionally babysat my older girls when they were toddlers.”

Vanessa also claims her mother has “demanded $5 million, a house and a Mercedes SUV” and “because I did not give in to her hurtful threats and monetary requests, she has spiraled out of control and is making false and absurd claims.”

Lady Gaga Exposes Her Breast While Filming in NYC