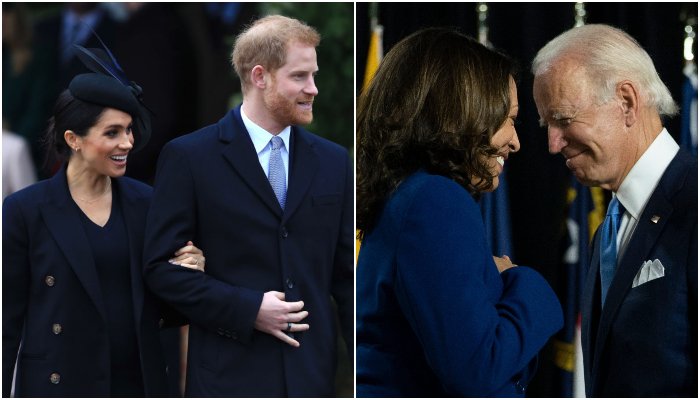 The news has been reported that on the inauguration oath taking ceremony of Joe Biden as 46th President of United Stated, Prince Harry was spotted as per some royal fans claimed.

As you know, Prince Harry and Joe Biden have a good term, fans believe a picture of the Duke was placed at the historic event.

The photograph taken in 2013, shows Harry in his military uniform setting a wreath at the Tomb of the Unknown Soldier, at the Arlington National Cemetery, alongside Biden in the foundation remaining with the Clintons.

“Eagle-eyed fans were quick to spot a giant photo from Prince Harry’s 2013 visit hanging in the background while @JoeBiden caught up with the Clintons,” he added.