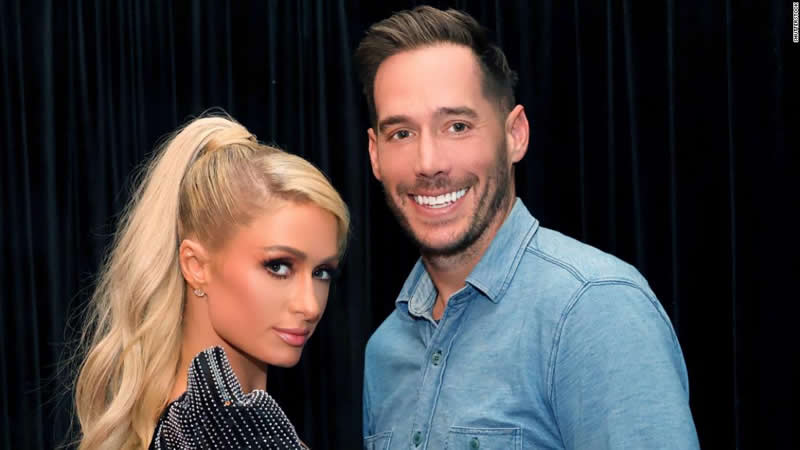 Paris Hilton revealed Wednesday she is engaged to her boyfriend of more than a year, entrepreneur Carter Reum. The reality star and businesswoman broke the news on Instagram on her 40th birthday, sharing romantic photos of the moment he popped the question.

“When you find your soulmate, you don’t just know it. You feel it,” she wrote in the caption. “My love & I have been together since our first date, and for my birthday, he arranged a special trip to tropical paradise.

As we walked to dinner along the beach, Carter led us to a cabana adorned with flowers and dropped to one knee. I said yes, yes to forever. There’s no one I’d rather spend forever with.” Hilton also posted a gallery of photos from the proposal on her website, ParisHilton.com.

Hilton and Reum, 40, have been together since late 2019 but have known each other for years.

In a sweet Instagram post for their first anniversary in December, Hilton shared a video montage of cute moments from their relationship, alongside a heartfelt message to her love.

“I have never felt so close to another person in my life. And that’s because you’re the first one who tore down the walls I built around my heart and opened up my heart in a way that I didn’t know was possible,” she wrote.

“I truly believe that we were custom-made for each other and meant to be. Nothing in my life has ever felt so right or so perfect! Every day I feel like I’m in a dream. There’s no one I’d rather spend forever with.”

Hilton and Reum are also hoping to start a family, with Hilton revealing earlier this year that she has started undergoing IVF treatments.

“I am really excited just to move on to the next step of my life and finally just have a real life because I really do believe that having a family and having children is the meaning of life,” Hilton said during an episode of The Trend Reporter podcast.

“I haven’t gotten to experience that yet because I don’t feel that anyone really deserved that love from me and now I finally found the person who does. So, I cannot wait for that next step.”

She revealed that Kim Kardashian West gave her the idea of undergoing IVF, and said she would love to have twins, one boy and one girl. Having seen Reum play with the daughters of her sister, Nicky Hilton Rothschild, Hilton added that she knows Reum will make a great father.