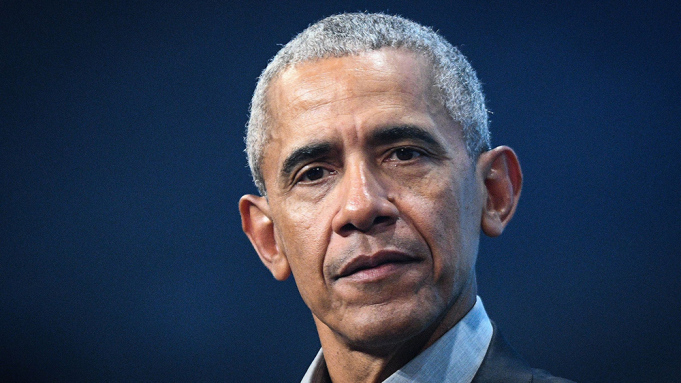 Former* President Barack Obama is returning to the public limelight to give the Biden administration a much-needed booster.

The extremely disconnected and often absent current president, who is constantly stalked by vice president Kamala Harris, shies away from press conferences and avoids unscripted exchanges with reporters, will be getting Obama’s star power to rescue a major Biden administration program.

On Sunday, Obama will be hitting the airwaves on NBC to plug an hour-long endorsement of the Biden vaccine rollout. It has taken a major hiccup with the “pause” of the Johnson & Johnson vaccine was tied to at least six cases of a rare blood-clotting disorder out of 7 million doses.

“President Joe Biden and former President Barack Obama will appear in an hour-long NBC special on Sunday aimed at promoting Covid-19 vaccinations as they hope to convince hesitant Americans to get shots,” CNN reported.

Not only will Obama show up to fill the empty suit that is the current president, but he will be joined by a slew of celebrities who can’t wait to throw their clout behind another Democratic Party program (as if their misleading complaints about the Georgia voter law isn’t bad enough).

“The ‘Roll Up Your Sleeves’ special will air at 7 p.m. ET on Sunday on NBC, according to a news release from the nonprofit Civic Nation,” CNN’s report continued.

(Civic Nation should not be confused with another member of the “shadow cabal” that is working to “fortify” U.S. elections: Civic Alliance. This is a consortium of over 200 major corporations that are infamously trying to overturn the will of the Georgia representative government in opposition to the state’s election integrity law.)

Dr. Anthony Fauci will also appear unironically to separate “fact from fiction” on COVID-19, despite the states that do not listen to him being among the best in the nation on COVID response.

There will be other presidents carrying Biden’s water, including Jimmy Carter, Bill Clinton and George W. Bush. Donald Trump noticeably will not be there, but he had something to say about Biden’s recent vaccine hiccups.

“The Biden Administration did a terrible disservice to people throughout the world by allowing the FDA and CDC to call a ‘pause’ in the use of the Johnson & Johnson COVID-19 vaccine,” Trump said in a statement. “The results of this vaccine have been extraordinary but now its reputation will be permanently challenged.”

“How involved is former President Obama and first lady Obama in the Biden-Harris administration?” Chris Johnson of the Washington Blade asked Psaki.

“They’re not just former colleagues,” Psaki replied, “I guess you’d call them as president and vice president, but they also remain close friends, and they talk regularly about a range of issues from policy issues to bouncing ideas off of each other to their families. So, they are in close touch but we just don’t read out those specific calls. We keep them private.”