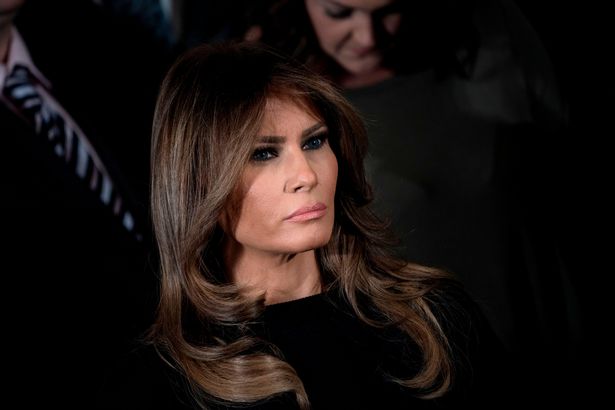 After losing the recent election Trump got frustrated and his attitude toward his family is not good. In the recent riot attack in the US Congress, everyone being astonished and raise the question, is this a World superpower?

The most interesting thing is that regarding this riot the statement which comes to the inner house of Trump, her name is Melania Trump, who is a wife of 45th President of US Donald Trump.

Her statement is “disappointed and disheartened” with the riots that rocked the US Congress last week.

She also pays tribute to the six casualties and an including two Capitol police officers but she cannot place any blame to his husband.

According to the DailyStar “ One Democrats accused US President Donald Trump of “inciting violence against the Government of the United States” and introduced an article of impeachment against him.

Melania is scheduled to leave the White House on January 20 along with her husband.

Prior to her statement today, Melania had remained silent for weeks.

It ended: ”I want to thank the millions of Americans who supported my husband and me over the past 4 years and shown the incredible impact of the American spirit.

“I am grateful to you all for letting me serve you on platforms which are dear to me.

“Most importantly, I ask for healing, grace, understanding, and peace for our great Nation. Every day let us remember that we are one Nation under God. God bless you all and God bless the United States of America.