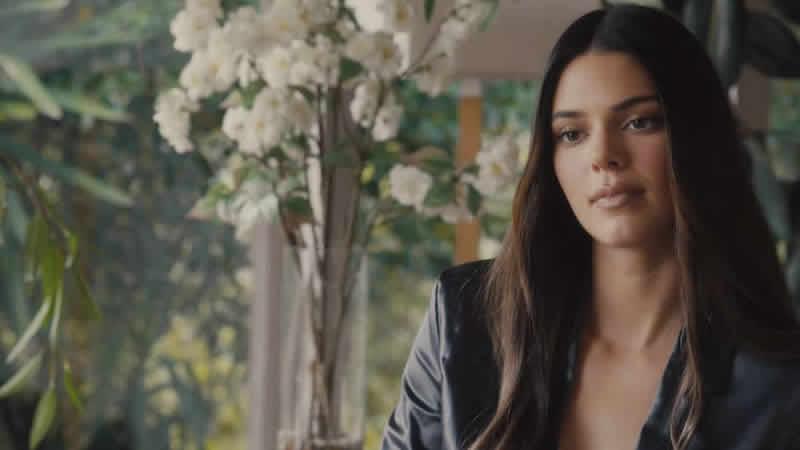 While the model looks as flawless as ever, she faces a lawsuit by an Italian fashion brand.

Being the highest-paid model in the world is not easy. We don’t know how Kendall Jenner does it. From several suits to walking down the ramp, Jenner looks flawless and makes the work effortless.

The 25-year-old has become one of the most iconic models in the world as well. However, Jenner has been recently sued by a fashion brand for a breach of a modeling contract.

Jenner did a recent shoot with Vogue Spain featuring Jenner on the cover story. In the photos posted on Kendall’s Instagram, the model is in an all-black outfit consisting of polka-dots stockings, a black ruffled dress, a black chic hat, and black heels.

She is surrounded by stuffed bears, while she sits on a kid’s bed. While the model looks as flawless as ever, she faces a lawsuit by an Italian fashion brand.

Italian fashion house Liu Jo has accused Kendall Jenner of breaching the terms of a modeling contract. According to the company, the Keeping Up With the Kardashian star failed to appear at the second of the two planned photoshoots. Jenner was paid a total of $1.5 million along with a 20 per cent service fee.

Liu Jo filed a legal complaint at the New York City court on August 2. The photoshoot was delayed due to Covid-19 but the fashion label alleged that Kendall Jenner turned down proposals to reschedule it. Jenner has not addressed the issue as of yet but her model management company has denied all the claims.

The Liu Jo lawsuit, which was obtained by E! News, claims that Kendall took part in the first shoot in July 2019. She had been paid $1.35 million by February 2020.

The second shoot was scheduled to take place in London in March 2020 but was delayed due to Covid-19. It also states that both parties agreed to postpone the shoot to fall but the model did not confirm a new date.

The company also alleged that Jenner had eventually “ceased responding to Liu Jo” until the company “informed her that it considered her in breach of the contract.

According to the documents, this led to the termination of the contract and that the fashion brand filed the complaint after “having no success in obtaining a refund” the supermodel allegedly owed.

Kendall Jenner has continually offered Liu Jo alternative dates and locations to fulfill an agreement that was forced to be delayed because of the coronavirus pandemic.” Jenner has willingly offered to complete services honoring her commitments.” – koimoi