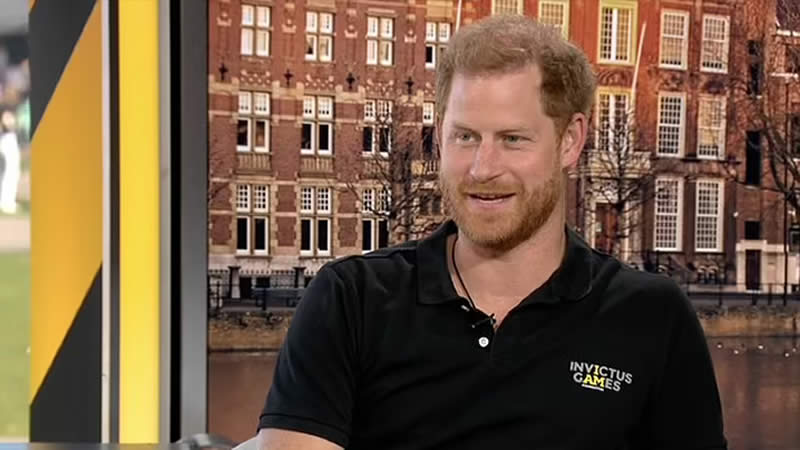 Prince Harry has revealed what went down during his secret meeting with his grandmother the Queen.

The Duke of Sussex said it was “great to see her” during a quick stop in the UK before his arrival in the Netherlands for the Invictus Games, reports the Daily Mail.

Harry, who founded the event for wounded, sick, and injured servicemen and women in 2014, said his grandmother had “plenty of messages for Team UK”.

He added that he had passed on her well wishes to the team, telling the BBC: “So, it was great to see her and I’m sure she would love to be here if she could.”

Sources claimed Harry and Meghan had promised the Queen she would meet her great-grandchildren Archie and Lilibet “in the near future” during the visit.

The Mirror described the meeting as “very cordial” and “incredibly warm and good-natured”. Meghan and Harry are reportedly paving the way to return to the UK for the Queen’s Platinum Jubilee celebrations along with their children.

One royal writer has called the meeting a way for Harry to “slowly start to rebuild some bridges” with his family.

These latest details about the visit come as he praised the “extraordinary” commitment of the Ukrainians taking part in the Invictus Games amid Russia’s invasion of their country.

Harry said the contest would “not be the same” without the Ukraine team.

He also revealed that four members of the Ukraine team had died while fighting for their country in the lead-up to the week-long sporting competition.

How Should You Treat Sunburnt Lips?

How To Avoid A Dry Socket After Getting Your Tooth Removed