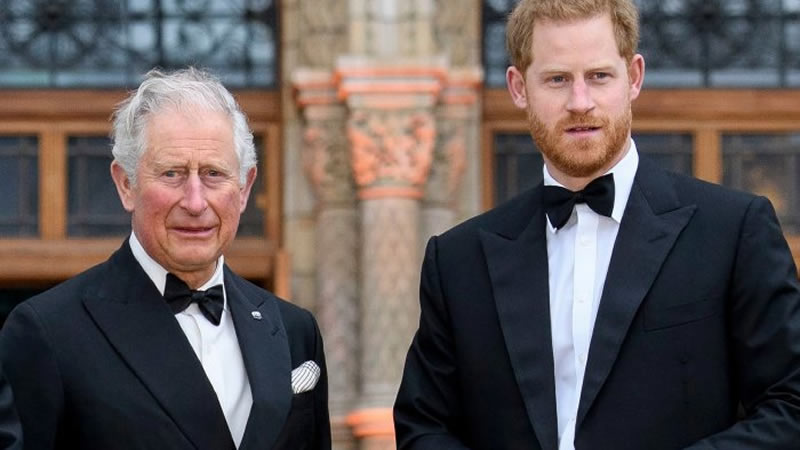 It feels like Harry has planned to let down and criticize his family by all means. Earlier, he called his royal family “racists” but now he is defaming his father.

Well, this news seems to be true because when Harry visited his grandfather’s funeral the environment wasn’t that friendly by the side of the royal family members. As per reports, William can “fake it” better than Charles is, who tends to show more how he feels.

The reports claimed that Charles was angry at his son and daughter-in-law that we wanted to make it public. Finally, Charles got a chance of insulting Meghan on Archie’s Birthday, when he posted a photo of Harry and Archie with a caption of Happy Birthday without mentioning Harry or Meghan.

Today, The Daily Mail reported that Prince Harry burst out his father Prince Charles’ parenting as he poured his heart out to a US mental health podcast and said he moved to California with his family to ‘break the cycle’ of ‘pain’ he suffered as a member of the Royal Family – and needed to ‘change that for my kids’.

Harry continued that he wanted to quit The Firm in his early 20s because of the royal family’s behavior and revealed that Markle had encouraged him to have therapy and had herself now concluded: ‘You don’t need to be a princess’.

After two months of calling the royal family the “racists”, he appeared on Dax Shepard’s ‘Armchair Expert’ podcast in another big Hollywood moment for the Duke. The show promoted his Apple TV+ mental health series with Oprah Winfrey, The Me You Can’t See, which premieres next Friday – and it was also promoted in a tweet by Dax today.

Piers Morgan said about the interview in a tweet, and I gotta say, he makes a good point:
The piece goes on to say that Harry – who appears to have developed an American twang to his British accent since leaving the UK – said: ‘I don’t think we should be pointing the finger or blaming anybody, but certainly when it comes to parenting if I’ve experienced some form of pain or suffering because of the pain or suffering that perhaps my father or my parents had suffered, I’m going to make sure I break that cycle so that I don’t pass it on.

‘It’s a lot of genetic pain and suffering that gets passed on anyway so we as parents should be doing the most we can to try and say ‘you know what, that happened to me, I’m going to make sure that doesn’t happen to you’.’

He added: ‘I never saw it, I never knew about it, and then suddenly I started to piece it together and go ‘OK, so this is where he went to school, this is what happened, I know this about his life, I also know that is connected to his parents so that means he’s treated me the way he was treated, so how can I change that for my kids.

And here I am, I moved my whole family to the US, that wasn’t the plan but sometimes you’ve got make decisions and put your family first and put your mental health first.’

Harry called royal life ‘a a mixture between The Truman Show and being in a zoo’ and said he quit last year to put his family and mental health ‘first’.
Alright! You want Harry to take the benefit of the doubt that nasty Meghan is behind everything but, that’s untrue.
Harry seems equally as nasty and ungrateful as his spoiled wife.