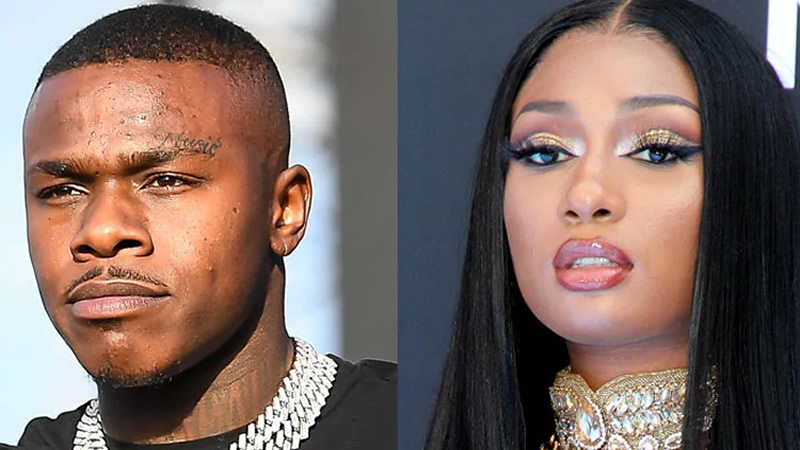 American rapper Megan Thee Stallion intrinsically not inclined to wash dirty linen in public but it was an insensitive retweet by fellow rapper DaBaby that forced her to say what she had to.

Having been on good terms with Meg, DaBaby retweeted a tweet by a fan that ridiculed her. When a lot of fans attracted his attention towards the tweet, DaBaby said it was quite unintentional on his part to retweet that specific.

When Megan Thee Stallion’s fans also got her attention diverted toward the offensive tweet, she thrashed DaBaby.

The centre of argument was rapper Tory Lanez who allegedly attacked Megan Thee Stallion by shooting in her foot in 2020. In DaBaby’s retweeted tweet, a fan mocked Megan by referring to the Tory Lanez gun assault.

In a legal battle with Meg, Lanez was charge-sheeted with one count of assault with a semiautomatic firearm and one count of carrying a loaded, concealed firearm in a vehicle.

Without naming Tory Lanez, Megan The Stallion clapped back and spotlighted DaBaby’s hypocrisy, noting he said one thing to her in private and the other in public.

“Whoever cleared it cleared it, so what. S-t still ain’t enough of my bidness for MFs to be feelin some type of way bout my pretty chocolate ass. Gettin into dat don’t feed my ppl,” he made a point.

The Twitter was still heating up when her boyfriend Pardison Fontaine also chimed in and he dressed down DaBaby in his style. Both had heated exchanges of angry words on social media.

DaBaby said that he did not mean to retweet for any specific purpose as he only meant to promote his recent single “Ball If I Want To”.

Megan Thee Stallion and DaBaby had a history of song collaborations on several occasions since 2019. Some of their collabs are “Cry Baby,” “Nasty,” and “I Did It.”

Your gut health linked to your stroke risk, severity