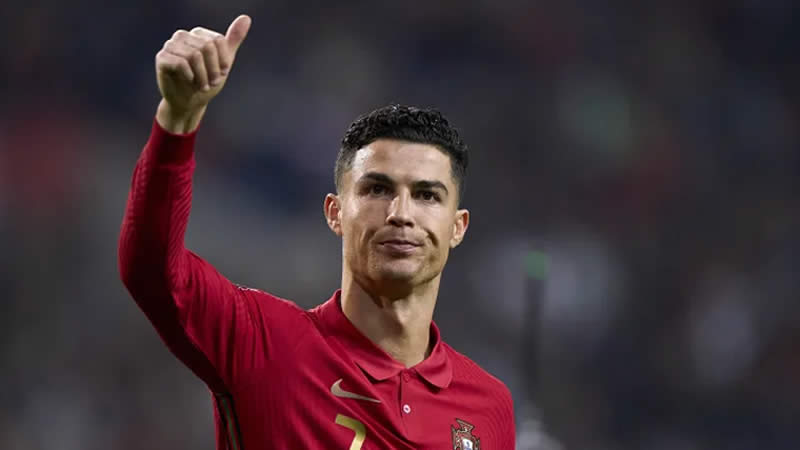 Ronaldo issued an apology on Saturday night after a video went viral appearing to show the 37-year-old slapping something with his right hand as he walked past a group of Everton fans at Goodison Park.

The former Real Madrid star’s apology did not provide any further detail as to what had happed, but he offered compensation in the form of a free trip to Old Trafford.

A detailed account was given from another source though.

The mother of a 14-year-old boy with autism claimed that her son was left with a bruised hand and a broken phone after being “assaulted” by Ronaldo.

Sarah Kelly told the Liverpool Echo that her son had been filming the players walking past him when he spotted Ronaldo had blood on his left leg.

As the boy adjusted the angle of his phone to point its camera towards the soccer star’s leg, Kelly alleges that “Ronaldo then just walked past, with a terrible, terrible temper and smashed the phone out of my son’s hand and carried on walking.”

A second video which has since gone viral – although still not perfectly clear as there are bodies in the shot in front of Ronaldo – does appear to support claims that the United forward slapped a phone from a fan’s hand.

Ronaldo’s apology on Instagram had read in full: “It’s never easy to deal with emotions in difficult moments such as the one we are facing.

“Nevertheless, we always have to be respectful, patient, and set the example for all the youngsters who love the beautiful game.

“I would like to apologize for my outburst and, if possible, I would like to invite this supporter to watch a game at Old Trafford as a sign of fair play and sportsmanship.”

The Echo reported on Saturday night that Merseyside Police were liaising with the two clubs, reviewing CCTV and “carrying out extensive witness inquiries” after “it was reported that a boy was assaulted by one of the away team as they left the pitch”.

Chris Rock said he won’t speak on controversial Oscars slap ‘until I get paid,’ report says