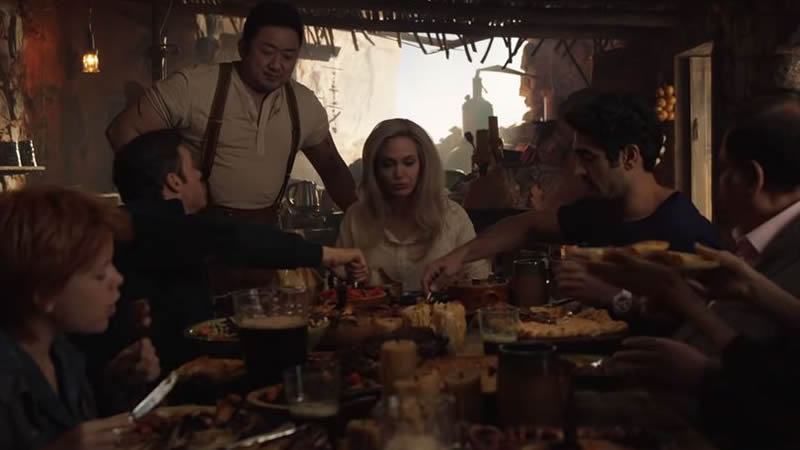 Hollywood actress Angelina Jolie has entered the Marvel universe with a starring role in the latest movie, due to be released later this year.

The trailer for the much-anticipated Marvel film Eternals has dropped, with Angelina Jolie showing off a completely new look.

The Hollywood star’s hair has been transformed from dark brunette to blonde, and she is seen in the short film wearing a white armoured dress embellished with gold, and a golden headpiece.

Angelina plays Thena, one of the Eternals of the title. They are immortal creatures who secretly live on the Earth with us mortals.

But when the evil Deviants threaten to kill, the Eternals make themselves known.

Thena has the power to harness cosmic energy and create weapons.It is rumoured that Angelina pocketed more than £35 million for this role.

The teaser starts with a tranquil view of the ocean, then a group of primitive people living on the clifftops by the sea.

The soundtrack is the 1963 Skeeter Davis hit (Don’t They Know It’s) The End Of The World, which stops when a giant metal-looking structure, presumably the Eternals’ space ship, appears in the sky to the amazement of the humans.

Salma Hayek’s voice narrates: “We have watched, and guided, and helped them progress, and seen them accomplish wonders. Throughout the world, we have never intervened. Until now.”

The movie is directed by Chloe Zhao, who recently won a Best Picture and Best Director Oscar for Nomadland.

The film will be released in November.