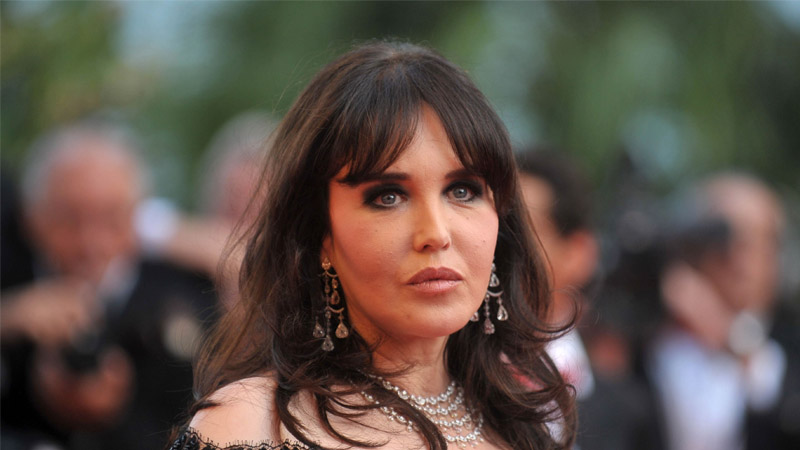 Stunningly beautiful French beauty icon Isabelle Adjani is known for her acting and most beautiful woman. In 1990 she had been on the list of 50 most beautiful people in the world. It is also said that her beauty is a mixture of French and German beauties. As her father is French and her mother belongs to Germany. Isabelle Adjani rose in Paris. She has two children Barnabé Nuytten and Gabriel-Kane Day-Lewis.

Isabelle Adjani is born on the 27th of June 1955 in Paris. Isabelle Adjani has ash-white beauty with 5′ 4¼” (1.63 m). Her sexiest figure measurement is 35-24-3. Isabelle Adjani is so choosy about her dress and styles; in 1970 she said in an interview that she would like to avoid wearing tight jeans and pants because of her too heavy hips. No doubt the beauty icon really knows how to maintain her beauty.

Now it is claiming that she has changed her look with plastic surgery and she admitted it, according to her, she can go for anything which keeps her look and young. 57 years old beauty icon Isabelle used all the treatments including Botox injections, hyaluronic acids plastic surgery. It’s her love with the beauty and her straight forward way that she admitted,

“I am a follower of hyaluronic acid – always in small doses of course – to fill wrinkles and fine lines,” Isabelle Adjani is pretty lucky that she got glamorous roles that took her on the peak of popularity. These are her amazing acting skills that she been loved by people. The beauty icon has won many awards; two times Oscar for her best actress in a leading role for Camille Claudel in 1988 and for The Story of Adele H in 1975.

She is only the stunning actress who has won Cesar Award four times. Once about her roles, she quoted that “I like films that rest in the memory so I try and choose parts which have some kind of social or emotional force. For me, being an actress is not just a profession but a profession of faith.” She has also made the record of a million-selling album in 1983.