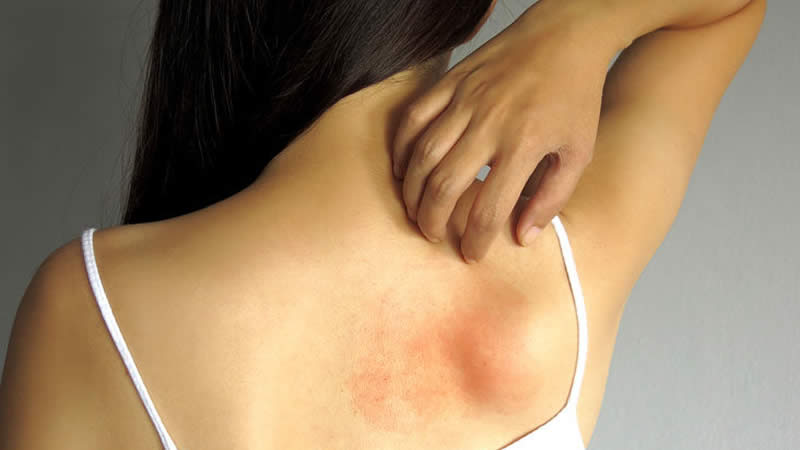 Symptoms of the Disney rash may include:

Disney rash commonly occurs when a person is exercising and the extremities are exposed to heat. This causes an increase in blood flow to the medium-sized or small vessels in the lower extremities.

The reason blood rushes to the small vessels is to help prevent the body from overheating. If there is a problem with return blood flow (called venous stasis), prolonged exercise in a hot or humid environment irritates the subcutaneous (under the skin) tissue on the legs and ankles.

There are several common activities known to trigger a Disney rash, these include:

Disney Rash and Genetics
Other factors related to the cause of the Disney rash may include hereditary factors. Some experts suggest that there may be a genetic link associated with a person’s risk of getting the Disney rash.2

A diagnosis of the Disney rash is based on several factors, including a history and physical examination as well as various diagnostic tests including:

There are two primary reasons to conduct lab tests or imaging tests when a person has the Disney rash, including:2

The Disney rash often subsides on its own within three to four weeks; treatment is often aimed at reducing symptoms and preventing recurrence of the rash, these modalities include:2

Steroids—such as prednisone—should only be used for cases of severe cutaneous vasculitis with blistering and ulceration.

Tips for preventing the Disney rash may include:

There are several other rashes—that are common in the summer months that could be mistaken for the Disney rash, these include:4

Heat rash is an itchy rash that is pink or red that is likely to occur because of blocked sweat ducts.

It is often present in areas covered by clothing and often occurs when a person has applied heavy creams, is wearing thick clothing, or is in extreme environmental temperatures.5

Poison ivy, oak, and sumac can cause a red, swollen, itchy rash that may progress to blisters in areas of the skin that are directly exposed.

These plants all contain urushiol, which can cause an allergic reaction.

Symptoms usually present within 48 to 72 hours of exposure to the plant and could worsen in a period of up to five days after exposure. The rash usually subsides on its own in a week or two.6

Because swimming has been known to be an underlying cause of the Disney rash, it’s important to note that other types of rashes commonly occur from swimming.

Swimmer’s rash, for example, is often a result of swimming in stagnant, contaminated water that may be contaminated with parasites from bird droppings. A red, itchy, patchy rash may appear within 48 hours of exposure. The rash may last for weeks but usually subsides on its own

If you notice signs of a rash after visiting a theme park or after other types of exercise in a hot, humid climate, it’s important to consult with a healthcare provider, but know there is no need to panic.

You may want to take some preventative measures if a rash appears—such as putting your feet up—but be sure to talk to your doctor before taking medications or applying any type of topical cream or ointment to the rash.

Prince Charles allegedly cutting down royal family to only 6 members

Myths You Should Stop Believing About Acne