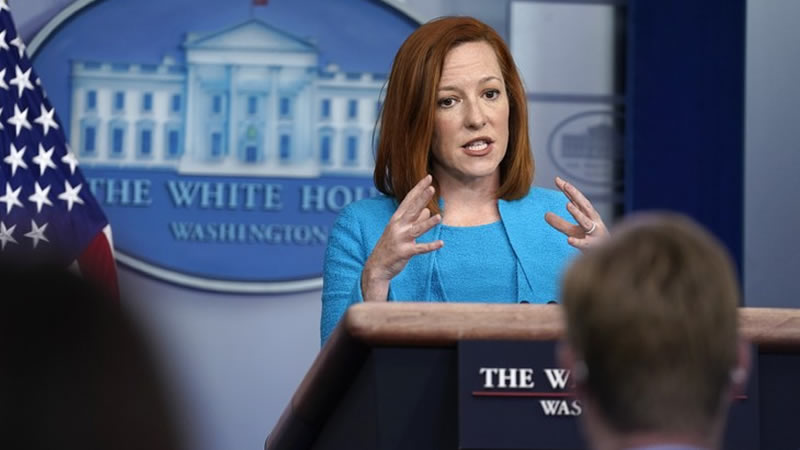 White House Press Secretary Jen Psaki on Monday was pressed by both liberal and conservative members of the media about President Biden’s opposition to a new Georgia voting law after he earned “Pinocchios” from fact-checkers for making false statements about its provisions.

Biden last week urged Major League Baseball to relocate its July all-star game from Atlanta in protest and MLB took the advice, outraging Republicans who say the law was inaccurately portrayed and attacked.

Biden was awarded “Four Pinocchios” by the Washington Post, which endorsed his candidacy, for spreading misinformation about the state law’s impact on voting hours.

The law does not alter Election Day hours but expands early voting by adding a second mandatory Saturday. It also affirms that counties have the option of opening two Sundays and allowing counties to extend early voting hours beyond standard business hours.

Fox News reporter Peter Doocy asked Psaki at her daily press briefing Monday about Biden’s inaccurate remarks, including during the ESPN interview in which he voiced support for boycotting Atlanta.

“Is the president going to change the way that he talks about the new Georgia voting law? Because in that interview you referenced, he said the law would end voting at five o’clock when working people are just getting off and he said it would end voting hours early so working people can’t cast their vote after their shift is over — but the Washington Post gave that clam ‘four Pinocchios’ because that part of the law gives counties the option to extend voting hours,” Doocy asked.

Psaki replied that “fundamentally, the president doesn’t believe it should be made harder to vote, he believes it should be easier. And this bill makes it harder to request and return an absentee ballot, it collapses the length of Georgia’s runoff election, making it harder for large jurisdictions to offer early voting. It imposes rigid new restrictions on local officials ability to set polling hours to suit the needs of voters in their county. Those are all pieces of the bill. So his view is that we need to make it easier and not harder to vote, and that will continue to be what he advocates for.”

The Georgia law requires a photo ID to get an absentee ballot and shortens the window of time to vote absentee. It also allows state officials to take over local election offices in response to alleged misconduct.

To that, Psaki said, appearing to repeat the claim that earned Biden the Pinocchios, “It also doesn’t expand them for early voting. It makes early voting shorter. So there are a lot of components of the legislation he is concerned about and that’s what he was expressing.”