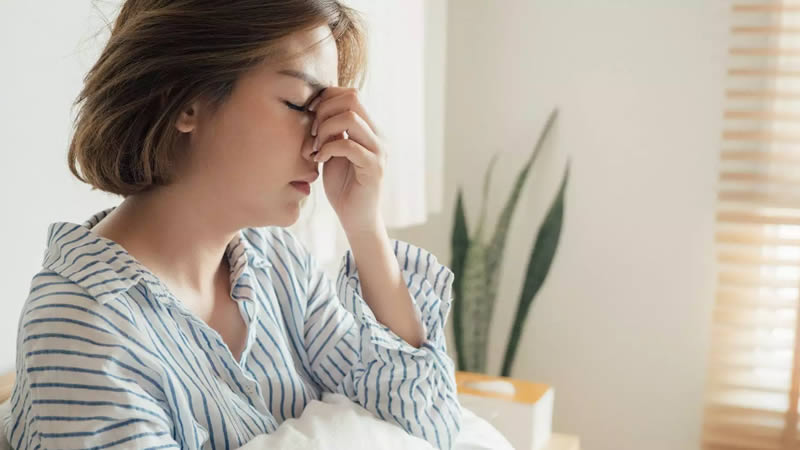 While not a dangerous condition, puffy eyes are common and can appear due to a variety of factors like crying or dehydration.

Here’s what you need to know about what causes puffy eyes and how to lessen the swelling, depending on the cause.

What are puffy eyes?
Puffy eyes are a common condition that results in swelling around the eye.

“Puffy eyes typically present as mild swelling of the upper and lower eyelid. They may or may not be accompanied by itchy eyes, watery eyes, and itching of the eyelid skin,” says Elyse M. Love, MD, a dermatologist in New York City.

While puffy eyes are generally temporary, certain conditions like kidney disease, diabetes, alcoholism, and liver disease may cause them to last longer, says Rina Allawh, MD, FAAD, a dermatologist at Montgomery Dermatology in King of Prussia, Pennsylvania.

On their own, puffy eyes are rarely a sign of any threatening condition and can be treated once the root cause is determined. Here are the most common causes of puffy eyes and how to reduce them in each case.

1. Lack of sleep
In a small 2013 study, researchers found sleep-deprived women were more likely to have swollen eyes and hanging eyelids.

“With lack of sleep, there is an increase in fluid build-up in the superficial blood vessels (those close to the skin) called venous congestion,” says Allawh. “This contributes to both dark circles and swelling.”

You should aim for seven to nine hours of sleep a night. Allawh also recommends elevating your pillow or using two pillows to drain fluids around the eyes while you sleep. This will minimize puffiness.

2. Crying
Anytime you cry, it’s natural for the skin around your eyes to become puffy.

“Our eyes are consistently making tears to lubricate themselves. These tears are normally drained to prevent a build-up in the eye,” says Love. “Crying overwhelms the normal drainage of the eye, so excess fluid is absorbed by the surrounding tissue.”

This swelling will decrease on its own within a few hours, but applying a cold compress, spoon, or roller will help alleviate it further, says Allawh.

3. Allergies
In a 2007 review, researchers found both seasonal and perennial allergies can result in puffy eyes.

According to Allawh, common allergies that can cause puffy eyes include:

If you are unsure what substance is causing a reaction, an allergy test can determine the culprit. To treat the allergy, Love recommends using oral or intranasal antihistamines and a cold eye gel or roller.

4. Eye infections
There are a few eye infections that can cause puffiness. Some of the most common include: 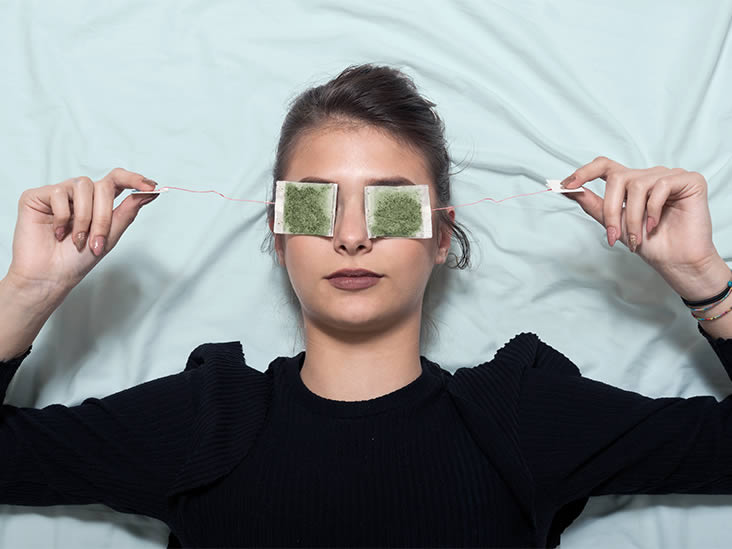 If you believe an eye infection is to blame for the swelling, make an appointment to see an optometrist as soon as possible to receive proper treatment.

5. Eating too much salt
When a person eats too much salt, it can lead to fluid retention. “The skin of the eyelid is so thin and delicate that swelling is most apparent compared to other areas on the body,” says Allawh.

Try reducing your salt intake to limit puffiness. The Food and Drug Administration recommends people consume less than 2,300 mg of sodium per day – the equivalent of about one teaspoon.

Drinking a lot of water after a salty meal can also decrease puffiness, says Love.

6. Dehydration
“Dehydration makes all skin problems appear worse than they are. Depending on the body’s salt balance, the skin may hold onto water even when the body is dehydrated. In addition, dry skin will bring attention to normal hollows and fat pad protrusions,” says Love.

You can check if you’re dehydrated by pinching the skin on your hand. If it is slow to snap back, this means your skin lacks elasticity or turgor. This occurs when a person is at least moderately dehydrated, meaning they’ve lost fluid equal to 10% of their body weight.

This number changes based on exercise level and general health. Some foods like watermelon and spinach can also help with hydration due to their high water level.

7. Nasal congestion
Congestion may also cause swelling of the face and eyes.

“Nasal congestion may cause undereye puffiness as the fluid is unable to normally drain to different cavities in the face as a result of sinus congestion. This ‘back-up’ of fluid in the sinus cavities causes swelling of the lower eyelids,” says Allawh.

To reduce this, treat the congestion with over the counter medicine, nasal sprays, and home remedies, such as hot showers and tea.

Insider’s takeaway
Puffy eyes are a form of swelling caused by conditions such as congestion, allergies, and eye infections. In many cases, treating the underlying problem can reduce swelling. You can use certain techniques such as cold compresses and rollers to soothe puffy eyes no matter the reason they occurred.

9 Side Effects of Using Hand Sanitizer, According to Doctors