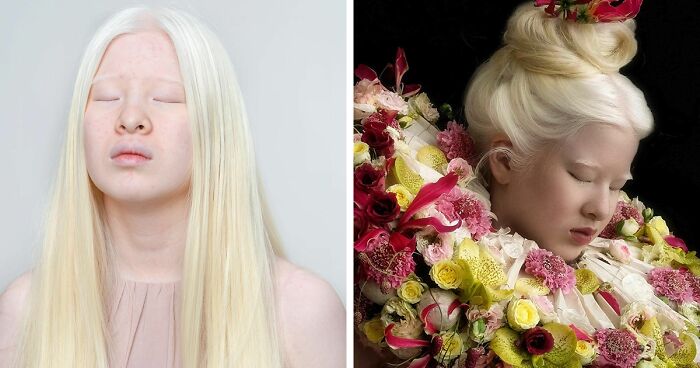 A baby girl was left outside an orphanage in China around 16 years ago because she looked different and was predestined to have no future, or, at least, a very difficult one.

Luckily, when she was 3, Xueli was adopted by the Dutch Abbing family and moved to the Netherlands to live with her new mom and sister.

Unique looks led Xueli to the modeling industry at the age of 11, where she got a platform to celebrate differences, raise awareness about albinism, and inspire others to embrace their natural beauty. As of today, she has been featured in Vogue and has worked with the world’s greatest photographers and major brands in the fashion industry.

“In modelling, looking different is a blessing not a curse and it gives me a platform to raise awareness of albinism,” said Xueli in an interview with BBC.

“There are still models who are like eight foot two and skinny but now people with disabilities or differences are featured more in the media and this is great—but it should be normal. Models with albinism often get stereotyped in shoots to depict angels or ghosts and it makes me sad. Especially because it perpetuates those beliefs that endanger the lives of children with albinism in countries such as Tanzania and Malawi.”

Along with one of her photos on Instagram, Xueli shares about her experience:

“I hardly ever open my eyes during photo shoots, because the light is almost always too bright. When I do open my eyes, I mostly squeeze them…”