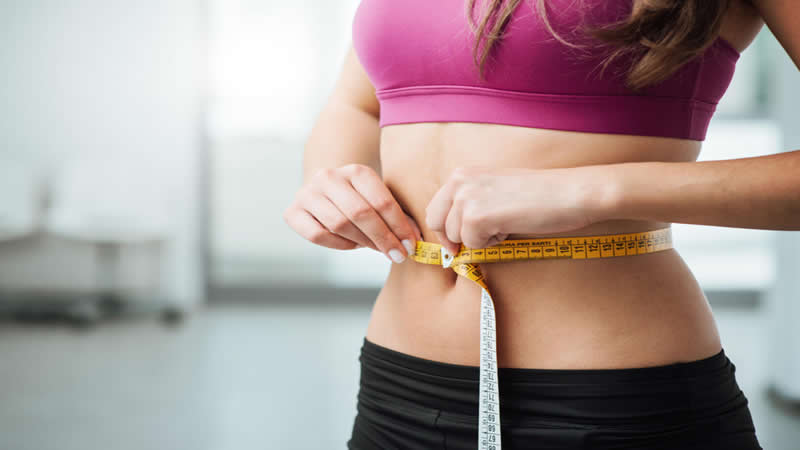 Big changes can be made from small but smart habits — this includes weight loss! The American Institute for Cancer Research recently shared its best tips for healthy weight loss, and we couldn’t agree with them more. In fact, we’ve seen dozens of success stories of people who have implemented these tips and habits. Here’s how they work and how you can apply them to your life.

Read More: The Top 4 Workouts to Avoid If You’re Trying to Lose Weight

Lee Jordan didn’t lose 300 pounds by saying, “I’m going to lose 300 pounds.” His first goal? “Walking down the hall for 30 seconds.” At 450 pounds, Lee described a short walk down the hall as “the Olympics.” But by setting small goals, little by little, he lost an absolutely jaw-dropping amount of weight and saved his life. “If your resolutions are overly ambitious or vague, you may find yourself overwhelmed and slipping up early in the year,” said AICR in a press release. “Make concrete, measurable goals and schedule tasks into your day to help you achieve them.” A woman named Becca who lost over 100 pounds said she would’ve laughed at you years ago if you’d told her she’d be a half-marathoner. She started with the small goal of being able to run for an entire commercial break of a TV program, slowly building up and adding one minute at a time to her PR, before doing 5Ks and half marathons.

People who lose weight don’t have to cut out snacks, they just snack smarter. Celebrity personal trainer Chase Weber credits healthy snacks as a way to prevent sugar binges, saying, “if you get into a routine of reaching for these options, you’ll avoid the pitfalls of sugary snacks [and] deceptive ‘nutrition’ shakes.” Follow Kara’s lead (remember all her veggies throughout the day?): snack on veggies and hummus or even an apple with peanut butter. These healthier snacks (with a good balance of healthy fats and protein) will keep you from making poorer food choices.

It’s no secret that more movement leads to more weight-loss success. “Regular physical activity [is] a key component when trying to maintain or lose weight,” said AICR. And movement doesn’t necessarily mean gym time.  Katie lost over 200 pounds, and her workout routine is simply walking. Brooke (mentioned earlier) hit her goal by setting a Fitbit step goal of 10,000 steps a day and sticking to that consistently. If you’re ready for more than walking and hoping to build muscle tone and get strong, too, start experimenting with different types of exercise. Courtney and Caitlin work out six to seven days a week and lost 75 and 25 pounds, respectively.

Is your vice sugary soda or alcohol? Time to cut ties. “Sugary soda and alcohol both add extra calories without beneficial nutrients,” said AICR. “For each sugary drink that you swap out for water or another zero-calorie choice, you’ll save 100 to 300 calories. Plus, alcohol by itself is linked to increased risk for several cancers, including breast and colorectal.” While Lee Jordan was on his 300-pound weight-loss journey, he noted that cutting sugary soda out was a crucial piece of his weight-loss puzzle. We also spoke with a woman named Brittany who before her wedding made no changes to her diet or exercise routine but just cut out alcohol — and she lost between five and 10 pounds in a matter of two months. It may be a tough change at first, but take Amanda’s word for it when she said it gets easier: “Your taste buds completely change once you stop eating all the added sugar.” Try swapping in as much water as possible, as staying hydrated can also help you feel satiated.

A mix of cardio with resistance and weight training is the most effective way to lose weight with exercise. The AICR said, “working strength training into your schedule a few times a week can help you build muscle and burn calories. It’s a great way to mix up your fitness routine and prevent injuries.” Speaking of mixing it up, a well-rounded fitness routine was the key to weight-loss success for Sarah and Caitlin. In fact, many of the women (and men) we spoke with credited a varied exercise schedule for their shed pounds. Brittany Dawn noted that “things clicked for me when I got into weightlifting” — and she lost 50 pounds.

Scarlett Johansson and Katy Perry to Participate in Women’s March