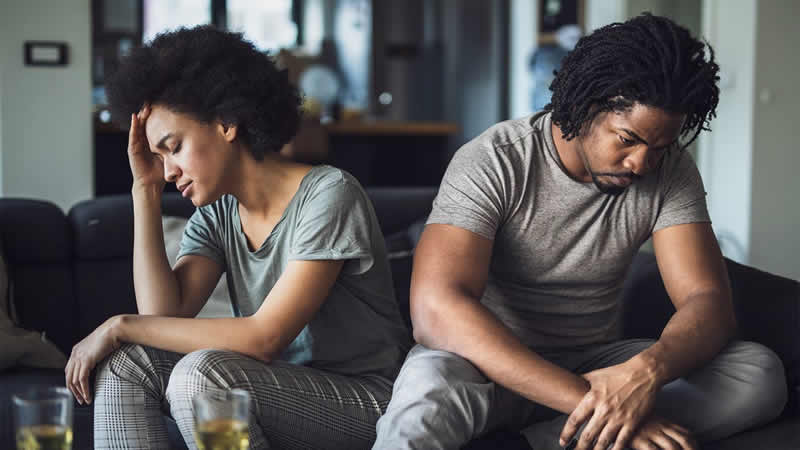 Growing up, I always felt I approached relationships differently from most. My philosophy was: if I was going to date somebody, I had to be almost 100 percent sure I’d marry them. If not, then it was a waste of time. I figured most people regarded dating this way. But I know many people who’ve dated others knowing full well they wouldn’t marry the person they were with. After speaking with some friends who’ve been routinely guilty of such treasons, I’ve found that the reasons vary from more consistent sex to merely enjoying time with them. Still though, I didn’t get it. Especially in my early 20s.

I loved being single and the prospect of puppy love had absolutely no appeal to me. I guess I should also add here that I am a commitment-phobe, or at least I was. I’m engaged now, but until I’d hit my mid-20s, I wanted nothing to do with a relationship, so I steered clear. Instead, I was more school- and career-driven. Before I even considered dating somebody (what I consider a prelude to marriage), I wanted to be better established in my career and earn a more noble income. According to Deanna Cobden, dating and relationship coach, this idea is common for men. “Men are hardwired for success and can be very career-driven and goal oriented,” she says. “They’re often driven by a need to be at a certain point in their career and finances or have accomplished certain life goals before they’re ready to commit to a woman.” Because of traditional gender norms, men feel that they must earn a certain income by a certain age. Unfortunately, the economy isn’t the same as it was when our fathers (our role models) were embarking on their own careers,

so earning these lofty incomes at a young age isn’t realistic, which could suggest that men may be even less likely to settle down these days. They feel like they’re ill-equipped. Then again, I could be wrong. So I asked Cobden what she believes scares men most about commitment “Men value freedom, and sometimes there’s a perceived loss of power and freedom that you’re giving up when you ‘settle down.'” So it makes sense, then, that men do freak out when they’re in serious, functioning relationships. “This is actually pretty common,” Cobden says. “Men have their own process when it comes to committing. They need to be ready and know that they’ll be able to make that woman happy and that they can ‘win’ with her.” Cobden adds that this can take time for dudes to figure out, so sometimes he needs to pull back and reevaluate the relationship in order to be more confident that this has the ability to make it.

It don’t want to say we’re somehow playing the victim in these instances, but I can certainly see it looking that way. Instead, here’s how I choose to see it: men are insecure in our ability to earn enough, love enough, and otherwise be enough in order to keep you happy.The idea of the alpha male is dwindling, and, as such, everything we were taught as children is currently being changed and challenged. We’ve essentially become lab rats in the evolution of man, so, of course, our insecurities can get the best of us sometimes. “The best thing a woman can do to grow the relationship is to let him know through sincere appreciation that he is making her happy and fulfilling her desires,” Cobden says. “And if he does freak out, give him a bit of space. If it is a healthy relationship, he will usually come back more committed than ever.” “Men that are commitment-phobic tend to have a repeating cycle — chase,

withdraw and disappear, rebound.” But if you want to steer clear of men who fear commitment altogether, Cobden does have some warning signs you should look out for. “Men that are commitment-phobic tend to have a repeating cycle — chase, withdraw and disappear, rebound,” she says. He chases you, doing everything he can to win you over until you trust him, then he leaves, feeling pressure from you (where he fears he’s being tied down). Then he’ll rebound, starting the chase all over again. “This cycle will continue to repeat only to have him disappear again and again.” Another warning sign, Cobden adds, is that he’ll flat-out tell you. He’ll say something like, “You’re so beautiful, and I love spending time with you, but I’m not looking for a relationship right now,” but will then continue to pursue you and treat you like a girlfriend (i.e., Friday night dates, dinners, Netflix, texts, etc.) but the relationship won’t go anywhere.

“This is very confusing to us as women because we start to feel like a girlfriend and that he’s changed his mind, and we are now in a relationship, but in his eyes he’s already given us the disclaimer that he’s not ready to commit to anyone,” she says. “It’s important to remember that men mean what they say, and if a man tells you this, believe him.” So there you have it, ladies. Men don’t suddenly leave burgeoning relationships because we want to hurt you. We do it because we’ve evaluated a relationship to the best of our ability, and we don’t see things working long-term. So instead of dating you for a few years and dealing with the nasty and inevitable breakup, we cut things off early. This seems like the better option. It’s like purchasing an item that’s close to its expiry date. It might be on sale, sure, but is it worth the brief shelf life? Evidently, most men would say no.

Beckhams Looking for a Bigger Home in Los Angeles

5 Signs Your Boyfriend Wants to Break Up with You