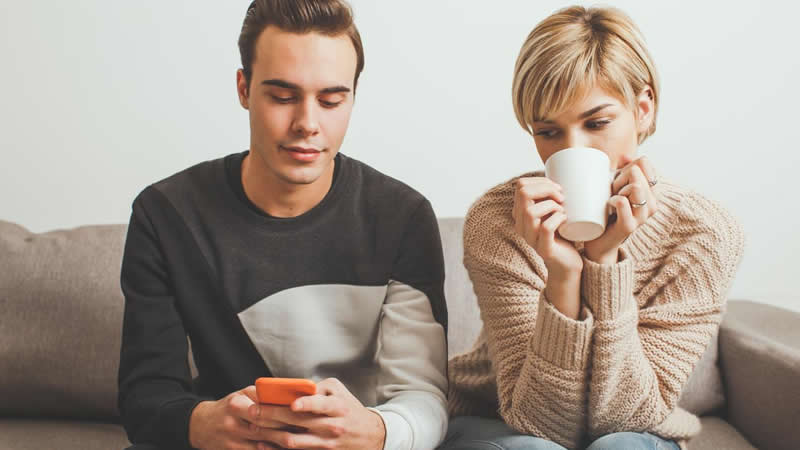 Do you suspect your boyfriend cheating on you? Would you be able to identify that your boy is cheating under your nose? A secret love affair and infidelity can create a lot of tension and anxiety in any successful relationship.

Following article explain some of the major signs that signify your boyfriend is cheating on you.

Is your boyfriend giving you a lot of excuses of overtime at office these days? There can be many reasons why he may be doing that. He perhaps wants to buy you that necklace for your birthday or Christmas or maybe he simply looking ways to stay out of home. You must be wary about such situation because apparently it is a very justifiable excuse to get away from much probing. All you can do is just check salary stump, if there is any pay raise. In case, the overtime is not followed by any pay raise, then matter is bit doubtful.

Is your boyfriend extra concerned about his looks and appearance so suddenly?  Taking care of the hygiene is good but usually guys aren’t particular about their appearance so much that they end up spending hours in the dressing room, deciding what to wear or worried and confused about their look except in one case. The above explained situation is quite alarming especially when he has been acting normal before, and this abrupt consciousness might specify that he is seeing someone new to impress and entice.

Ask yourself that if the consumption of using internet is increased or not? Usually computer and cell phones are the medium of communication in secret love affairs. Watch out if your boyfriend is using computer but start changing windows or shut down the computer all of a sudden, just think there is something fishy going on or he might be cheating on you.

He is either too distant or too nice

If your boyfriend is up to something nasty or doing some kind of infidelity on you; he will either get too distant or too nice to you. If he is distant and hesitant towards you emotionally and physically, it’s perhaps because he is getting closer to someone outside. Or being nice is the sign of guilty conscious of cheating that he committing.

Looks for a reason to quarrel

He is always looking for a reason to initiate a fight. He might be looking way to step out of home to have a rendezvous with the secret affair. One of my friends told me her experience that she was doing dishes in the kitchen when she saw her husband taking shower and then getting all dressed up sitting in the lounge; while she was about to get done with all the chores to spend some time with him, he abruptly said ‘so you don’t want to talk to me, I’m leaving’ And without listening even a word, he simply walked out, provided that he was found guilty of cheating later on.

Does your husband get calls at weird time? No office administration call after midnight. One very important thing is that it’s not the time of the phone call that matter. But it is the way how your beau start behaving when he is on a phone call and you are around. Does he smile unnecessarily or start speaking in an unusually lower volume or simply hang up abruptly? Such are the signs that indicate something crooked going on and

He is probably cheating

Once you have identified all these cheating signs, it’s time to take a really action. The best way to go about it is to confront the spouse and straight out the matter. You must be a bit tactful and tricky while dealing this matter and explain to him how his infidelity made you feel when he cheating and then you’ll need time to heal the wounds.

Travelling Tips with Your Little One

The Search for Mr. Right

Enjoy being single on this Valentines Day