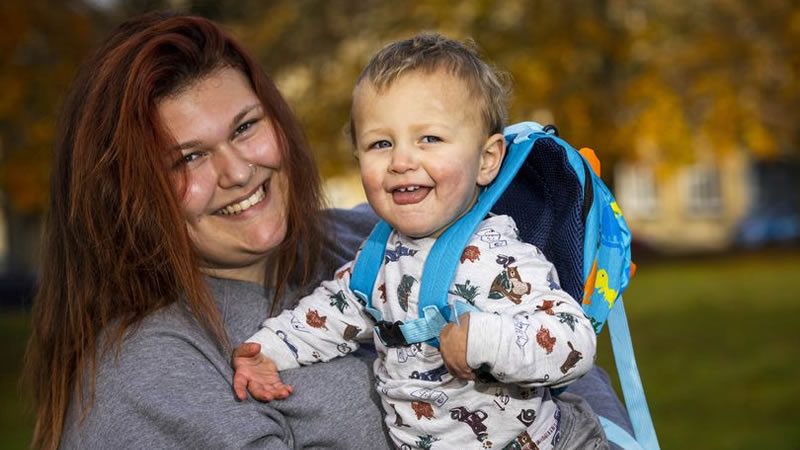 Aimee Stevens, 17, was told by a doctor she was just five to six weeks pregnant, but while on the loo little Ché suddenly fell out into the toilet bowl

Crippling cramps left 17-year-old Aimee Stevens wondering what was going on inside her tummy – but nothing could have prepared her for the answer.

Despite using a contraceptive jab, she was told at a doctor’s appointment she was “five to six weeks” pregnant.

Three days later, she was still reeling from the shock news and was yet to break it to her mum.

Then, as she clutched her tummy while on the loo, she suddenly felt an ­overwhelming relief.

And looking down into the toilet bowl, she saw her newborn son’s bum poking out of the U-bend.

Stunned Aimee scooped the baby out and went to her bedroom, where she found a pair of scissors and cut the ­umbilical cord. 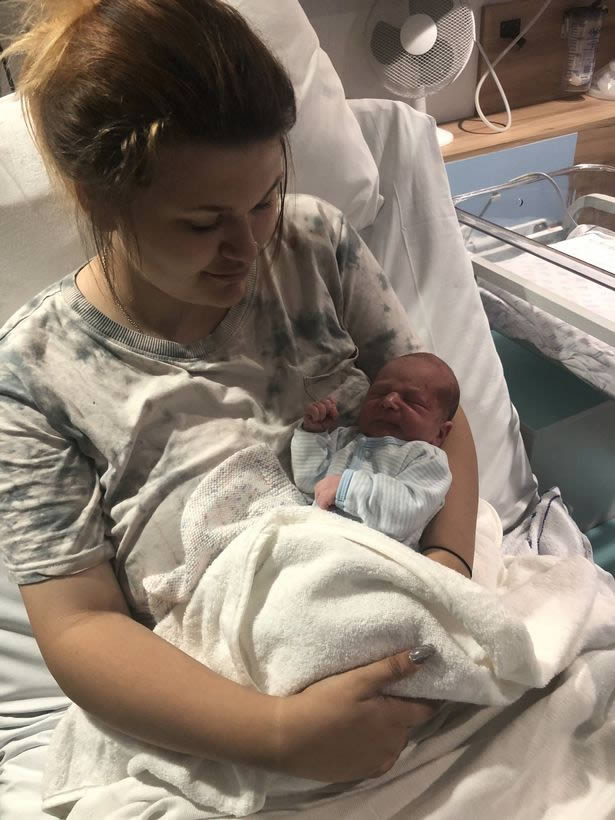 Holding the healthy boy in her arms, she shouted to wake up mum Becki, 40, who was sleeping downstairs.

Medics believe 5lb 9oz Ché Andrew Cain was around 38 weeks when he was born – but they don’t know for sure because Aimee flushed the placenta down the toilet.

Both mum and baby were completely healthy and only had to spend three days in hospital.

Aimee, now 18, said: “I was in the worst pain ever and throwing up in the sink next to me.

“Then there was a feeling of such relief. I stood up and there he was in the U-bend, I could see little bent legs and a bum.

“I still think about that night a lot. It’s so confusing but when Ché first smiled at me it was just amazing and I can’t think what I ever did before I had him now.”

Aimee, from Calne, Wilts, had been studying for A-levels and waiting tables at a restaurant while unknowingly pregnant. 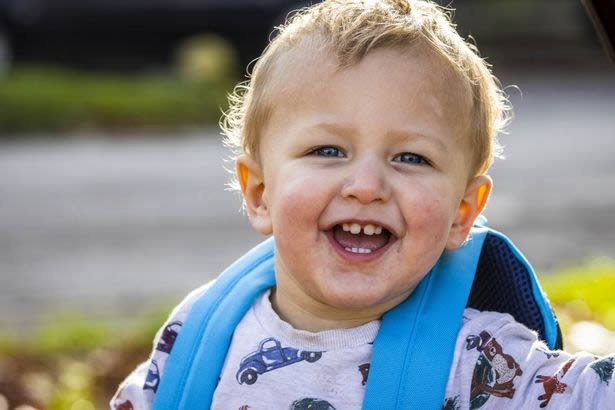 She had a boyfriend, who she is still with, but no bump or cravings.

Three days before Ché was born, Aimee had gone for her three-monthly contraceptive jab, which she had been taking for over a year.

It is supposed to be more than 99 per cent effective.

During the appointment, she ­complained of cramps, so they did a pregnancy test.

Aimee was shocked to be told she was five to six weeks pregnant.

Back home she suffered more severe stomach pains and thought she might be about to have a miscarriage.

“I put hot towels on my stomach but it got worse and worse, and I was back and forth to the toilet,” she said.

“I stood in the doorway looking at this tiny, crying baby – it was a beautiful ­moment but completely unexpected. I was in a stunned silence for what felt like hours. What do you do in that situation?

“I daren’t pick him up because I didn’t know if he was hurt from falling in the loo.”